During this year's Republican primary, Evan Jenkins' senate campaign took some "creative license" (as one of his spokespersons put it at the time) and photoshopped two different images to come up with a picture of his opponent, Patrick Morrisey, shaking the hand of Hillary Clinton. The image was then used . . .

Ferns then explains each of the pictures in short posts. For the first picture, he gives the required Hillary quote about closing coal mines before telling us that Ihlenfeld donated to Hillary's campaign. (Imagine, a Democrat donating to a Democrat!) In the second picture, we learn that Obama appointed Ihlenfeld prosecutor and . . .

Northern panhandle Ogden newspapers have their work cut out for themselves 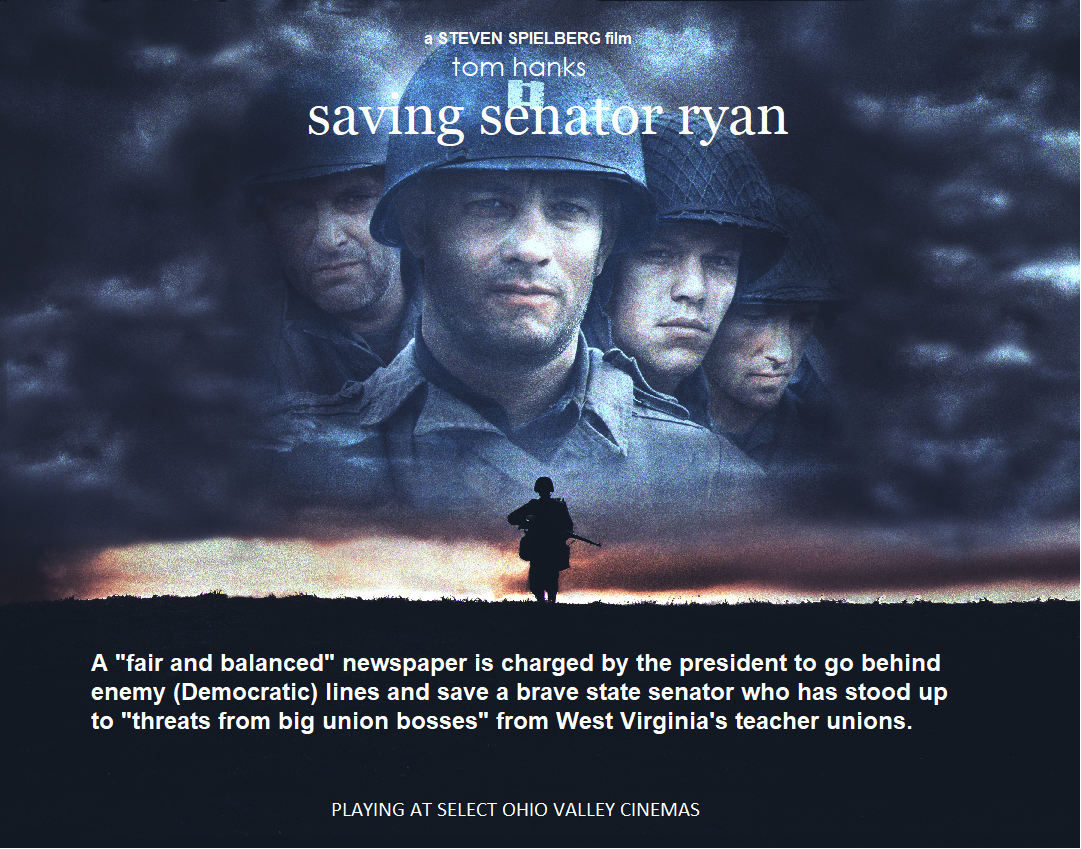 Spoiler alert: here are just some of the recent efforts by Wheeling "newspapers" to promote local state senator Ryan Ferns.

A front page article on January 8 tells us that

Legislators Look at Elections for W.Va. School Board

In the article, Ferns makes an interesting . . .