Odds and ends from around the Web

WV Supremes, right-to-work, and where (not) to retire

The race for the West Virginia Supreme Court

This morning's Grist (via Mother Jones) has a good article on West Virginia Supreme Court politics. Here's a sample: (Note - Grist notes that Bailey is a lawyer who has fought coal companies.)

The number of twists and turns in this contest have made the outcome anyone . . .

Bringing Obama into the race

Taking advantage of the anti-Obama sentiment in the state (even if the president has nothing to do with the Supreme Court race), the Republican State Leadership Committee's Judicial Fairness Initiative is running ads that link the president to State Supreme Court candidates Bill Wooten and Darrell . . . 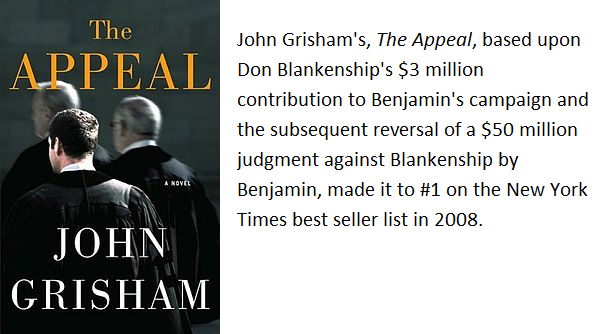 Expect front-page coverage on this one!

The Associated Press reported this morning:

Benjamin probably won't get $3 million from Blankenship this time

The 2nd half of today's Mike Myer column marks the opening salvo in the Intelligencer's attempt to get State Supreme Court Justice Brent Benjamin re-elected.

Myer, without going into very many specifics, defends Benjamin from conservative criticism of a decision in which he was a part of a court majority that allowed drug addicts . . .