It's appears to be getting very close

Politico reported on Saturday night that recent Republican internal polls suggested that Don Blankenship had made significant gains on his two rivals. A few minutes ago, the conservative Weekly Standard claimed to have the specifics:

The results of an internal campaign poll . . .

More debates and a new game!

For those of you who can’t get enough “Trump loves me best” from WV’s senatorial candidates, Fox News will host a nationally televised debate at 6:30 PM tonight in Morgantown. From MetroNews:

Three of West Virginia’s six Republican U.S. Senate candidates will be on a national stage on Tuesday night, one . . .

Can these guys get any closer to Trump? 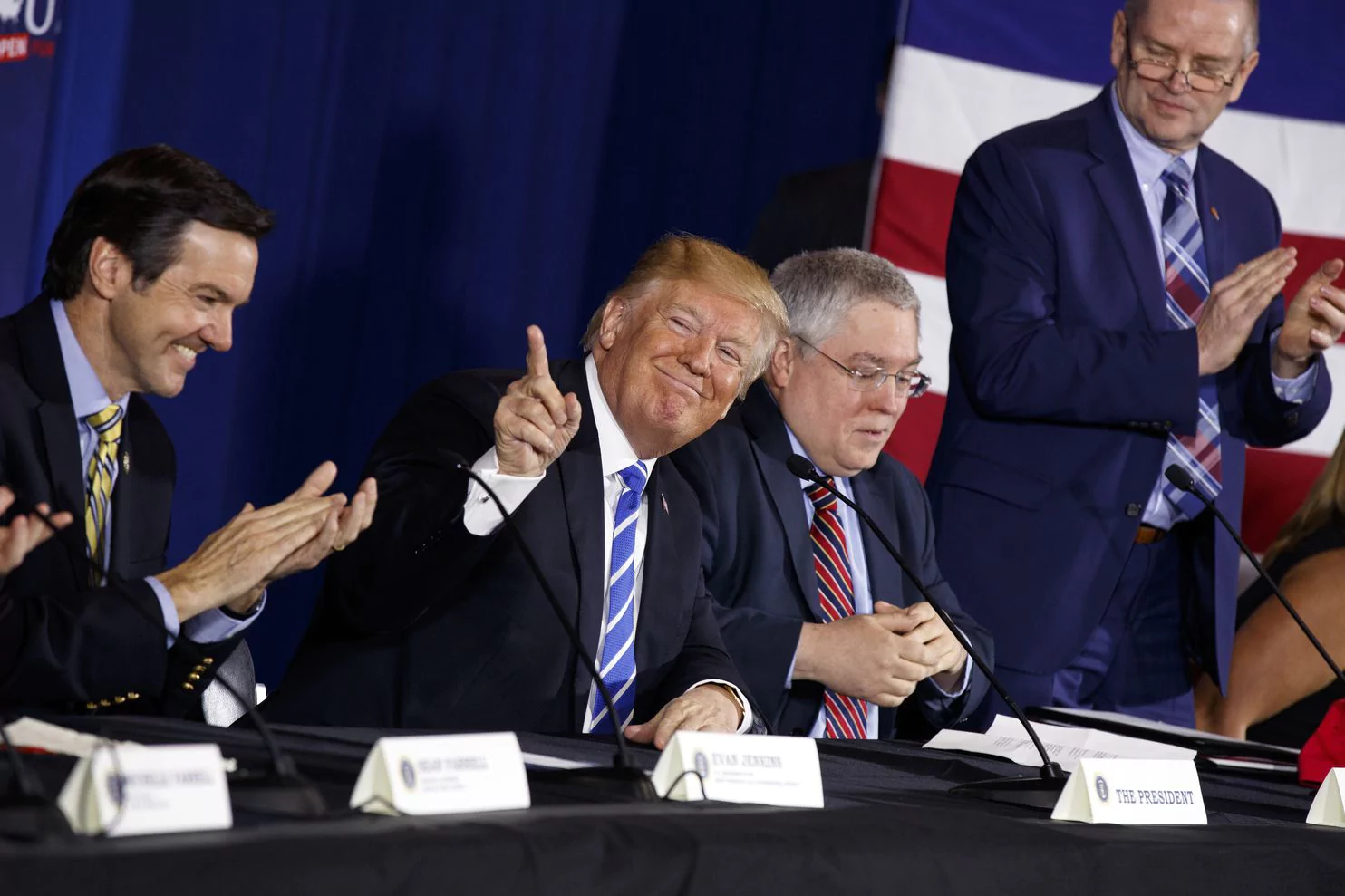 Among his qualifications for the U.S. Senate, Rep. Evan Jenkins wants West Virginia voters to know that he once attended a Christmas party with Donald Trump, flew with him on Air Force One . . .

Those familiar with the party’s deliberations say the results are clear: With a little more than a month until the May 8 primary, Blankenship, a towering figure in West Virginia politics long before this campaign and an avid opponent of unions, has vaulted into essentially a . . .

A recurring series that will chronicle WV's Republican senatorial primary

Fresh off its win in Alabama, Bannon/Breitbart backs Morrisey's candidacy

After opposing President Trump's and Mitch McConnell's candidate and winning with the far-right Judge Roy Moore, Steve Bannon has moved on to other primary races including one in West Virginia. The Hill reports: