Some thoughts on the McKinley/Mooney election

Alex Mooney easily defeated David McKinley for the new West Virginia #2 Republican nomination. Mooney won 54% to 36%. McKinley carried only three counties: Ohio by 28%, Marshall by 9%, and Pleasants by only 1%. Even worse, had the election just been held in McKinley’s old WV #1, he still would have lost to Alex Mooney by 4.4%.

Joe Manchin in his endorsement of Republican David McKinley: “Alex Mooney is all about Alex Mooney”

Ever heard of "projection," Senator?

Here is Manchin’s endorsement of McKinley

lol Joe Manchin brags about sinking Build Back Better in an ad he just cut for a Republican candidate for Congress.

Democrats were never going to get this guy on board for any part of their agenda. pic.twitter.com/0ILc2pScCu

David McKinley is just another politician you cannot trust. He only stands with President Trump when it is convenient for him. He was quoted in the . . .

It's now the Trump Party in Pennsylvania, Ohio, and West Virginia

This is so gross. How can any Republican with a straight face say this isn’t a personality cult? Every debate in every state is a contest to see who can grovel the most to Trump, instead of presenting a set of proposals to benefit their constituents. https://t.co/HPN12qtOa4 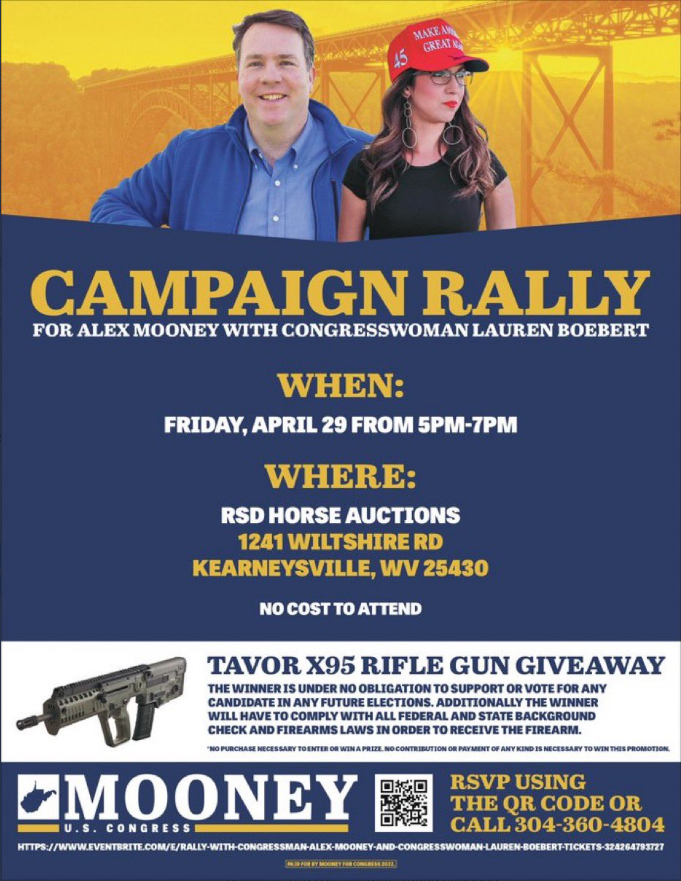 More on the McKinley/Mooney primary

Is Mooney depending only upon his TV ads and endorsements? It certainly looks that way

Like the recent get-together in Wheeling, Mooney will not be present at a similar event in Shepherdstown

Join us April 25th at 7 pm in the Byrd Center Auditorium for our latest event, A Town Hall Meeting with Congressman David McKinley. Please note: We did attempt to reach out to Mr. Mooney yet his campaign schedule did not allow for . . .

On Saturday, faced with a hard core January 6 Trump supporter at a GOP forum, Representative McKinley gets out his dog whistle

At a GOP womens forum in WV, where Rep. David McKinley (R) who’s been forced into a new district with a Trump-endorsed R, is taking Qs. First one is about Jan. 6 commission, from a woman who was there on 1/6. pic.twitter.com/Cjap5sYlIE