Of hypocrisy and bridges

The Intelligencer goes “all in” on Trump

This morning’s Intelligencer editorial, “Trump Abiding By The Oath He Took,” clearly demonstrates the extent to which the Wheeling “newspapers” will go to defend the Trump administration. According to the editorial, yesterday’s action by Trump (actually AG Jeff Sessions standing in for the President) was not about fulfilling his campaign . . .

Do as we say not as we do

Do they actually read their own "newspaper"?

From the editorial page of this morning's Wheeling Intelligencer: 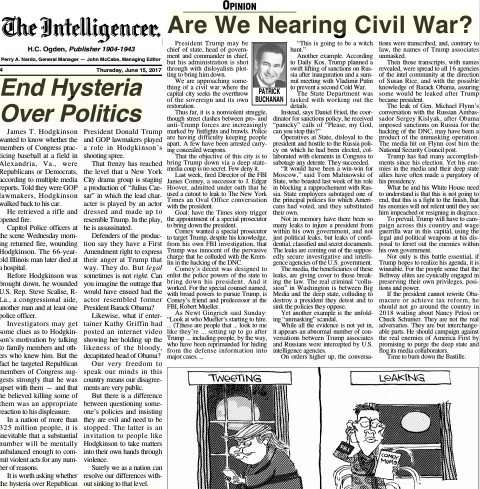 On the left side is an editorial asking us to "End Hysteria Over Politics." On the right side is a column by the xenophobic, racist, and frequently hysterical Pat Buchanan, "Are We Nearing Civil War?"

President Trump: "My administration is putting an end to the war on coal. We’re going to have clean coal, really clean coal."

Of course, that was in March

Periodically during Obama's presidency, our local "newspapers" would offer an editorial that told us about the potential advantages of clean coal and how the Obama administration was doing everything it could to prevent its research and development. For example, from a September editorial:

The missing picture from this afternoon's editorial

News-Register tells us that Trump's message to the Saudi's was clear: "Americans do not agree with discrimination against women." 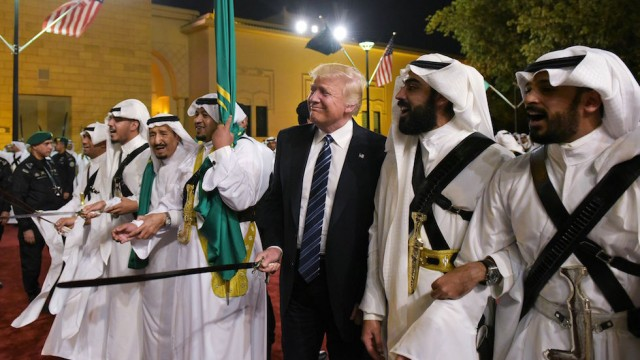 "History is written by the victors." (Winston Churchill)

Today's Mike Myer column, "Take Him Seriously, Not Literally," argues that Trump supporters don't believe that he will actually carry out what he promised to do: