Abuse of a corpse?

You don’t have to live that long to regret things you said or did earlier in your life and former West Virginia Senator Robert C. Byrd lived to be ninety-two. When he was young, Byrd was active in the Ku Klux Klan -- something that he told CNN in 1993 was his biggest mistake: 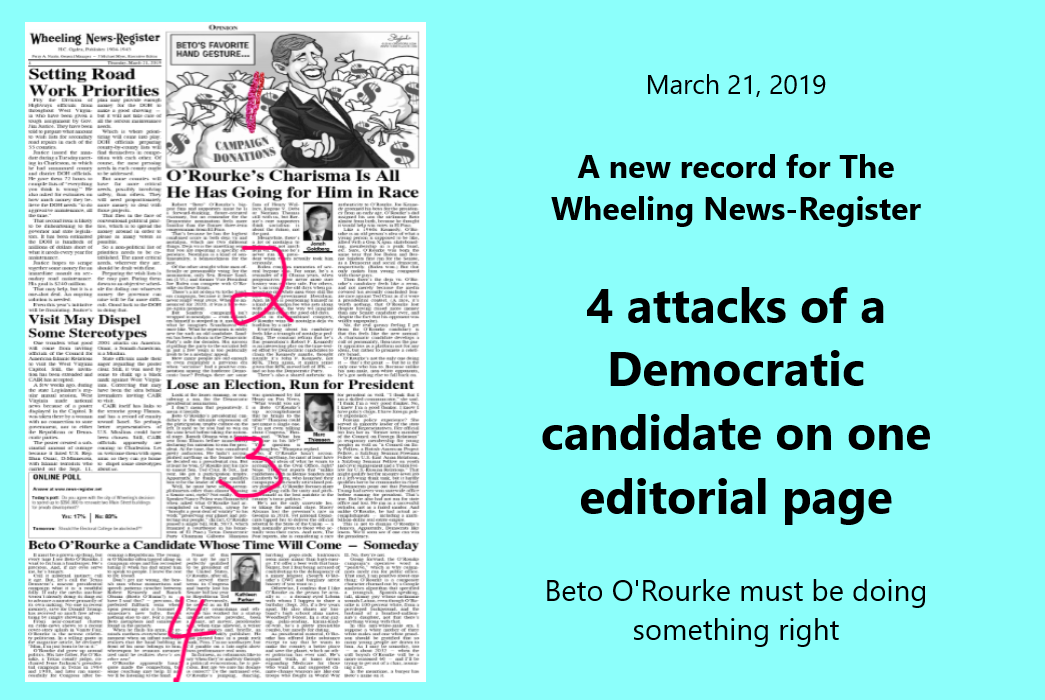 Has O’Rouke won the Democratic nomination? (Did I fall asleep for 18 months?) And what happened to Ocasio-Cortez? (I thought that Ogden papers were required to run an attack on her and her ideas every day.) Wow! Even Hillary Clinton back in 2016 was never attacked four times on one editorial page.