That, or we write a new article and pretend the first one didn't happen!

Yes, without admitting that yesterday's Intelligencer article on Little Blue Run was factually erroneous and its headline misleading (see next post down), this morning's edition tells us that a settlement was reached between WV homeowners and FirstEnergy in the Little Blue Run lawsuit. (Actually, it isn't a totally new report -- . . .

In the last 18 months, I've written about Little Blue Run a couple of times. (Most recently here.) Located at the tip of West Virginia's panhandle and reaching into Pennsylvania, the First Energy pond is the largest coal ash dump in the country. The pond has produced a host of problems for the local Pennsylvania and West Virginia . . . 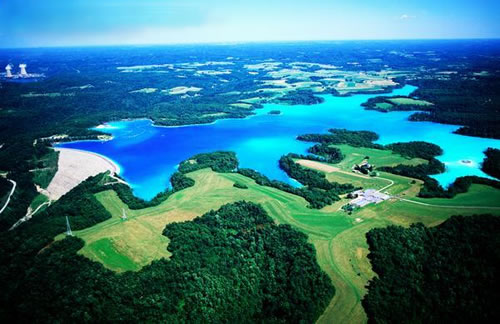