Yes, it's the obvious reason

Last week the Associated Press provided a detailed analysis of the recently-released EPA analysis of the health effects of President Trump's rollback of Obama's EPA standards. (I wrote about it here.) The AP article included the above map which very-effectively visualized a key finding of the study:

Hey, what happened to the Wheeling Intelligencer’s “light and information” anniversary editorial?

Answer: The self-serving parts are still there but the paper has rebranded itself as “a community newspaper”

For the first time in years, the Wheeling Intelligencer editorial on the anniversary of its founding does not mention the promise to provide “light and information.” Instead, the paper has rebranded itself as a community newspaper. According to the Cambridge Dictionary, to rebrand is

to change the way that an organization, . . .

On Thursday, I wrote about how rejected Republican senatorial candidate, Nobel-Peace-Prize-for-Trump booster, and West Virginia's current 3rd District Congressman, Evan Jenkins, was considering a run for West Virginia's Supreme Court. (See next post down.) I assumed that the Wheeling Intelligencer would cover that news on . . .

Are there any other media sources defending the president's statements about Putin and the Russians?

This morning’s Wheeling Intelligencer editorial, “Credit Trump With Diplomacy,” supports Donald Trump’s statements following the president’s meeting with Putin. The editorial says nothing about Trump’s dismissal of the conclusions from America’s intelligence agencies nor does it mention the recent indictments of Russians by the Mueller . . .

Time to cut spending: now that the rich got their tax cut, the Wheeling Intelligencer wants us to worry about the national debt

Not too predictable: this morning’s Intelligencer editorial wants us to rein-in spending

It’s been a while, but we now have editorial #3 on the national debt since the Republican tax cuts were passed last year. If you remember, our local “newspapers” couldn’t write enough great things about the tax cuts while they were being debated. . . . 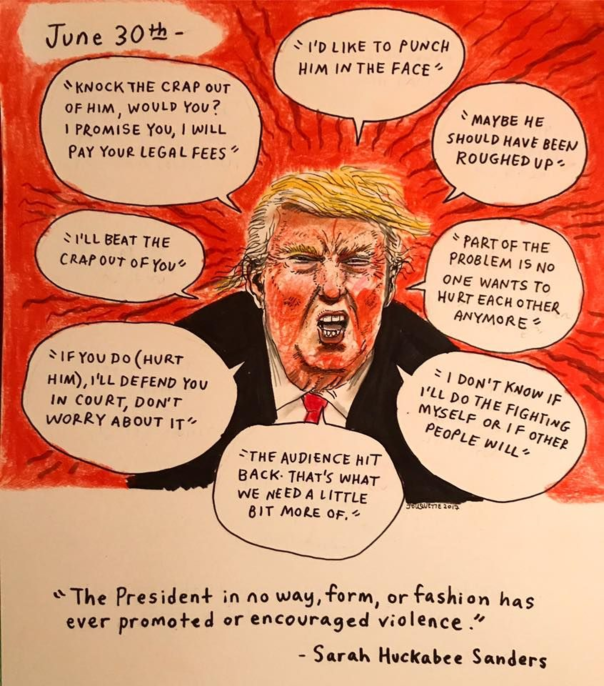 From this morning's editorial in the Wheeling Intelligencer about Roseanne Barr:

Then Barr switched to pointing out that those with liberal political views who make similar mistakes often are treated more harshly than conservatives like her. There is some truth to that.