FirstEnergy’s efforts with the Ohio legislature made national news on Tuesday (see two posts down). What about West Virginia?

Steven Allen Adams in this morning’s Wheeling Intelligencer examined last summer’s efforts by West Virginia’s governor, Jim Justice, to get a $12.5 million tax break from the legislature for FirstEnergy’s Pleasants Power Station. The 1400 word article primarily focuses on the various political donations by FirstEnergy to the governor.

The article is one of the best investigative reports that Adams has done in his tenure at Ogden. (Note, the afternoon News-Register’s version dropped the last third of the 1440-word article – most of it summarized what happened in Ohio.)

But what about the West Virginia legislature which approved the bailout?

Adams ignores the legislature which had to approve the bailout. Given how fast they voted for the legislation, I hope Adams is putting something together on the connection between FirstEnergy and WV’s legislators.

Perhaps the Charleston Gazette-Mail is working on something. Here is their political reporter, Phil Kabler, earlier today:

So Randy Smith, chair of the Senate Energy Committee took $1500 from First Energy *the day before* the Pleasants Power Plant bill passed in both houses pic.twitter.com/Gcj2S4kybx

Those are FE’s highest donations *all cycle* outside of state office-holders/seekers (Justice, plus $2000 to Morrisey, Warner, and Riley Moore)

Curious, I went to Open Secrets to see what FirstEnergy has been doing on the national level. By a wide margin, guess who is currently leading the 2020 campaign pack? 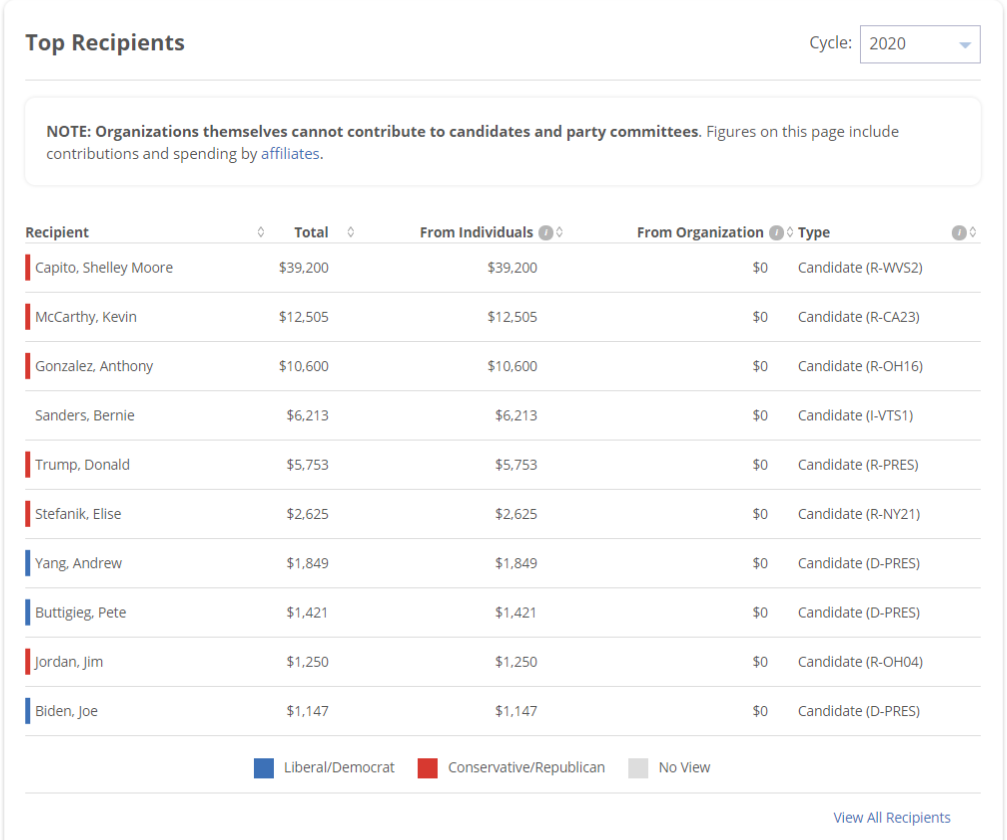 Curious, I decided to check who led the league back in 2018: 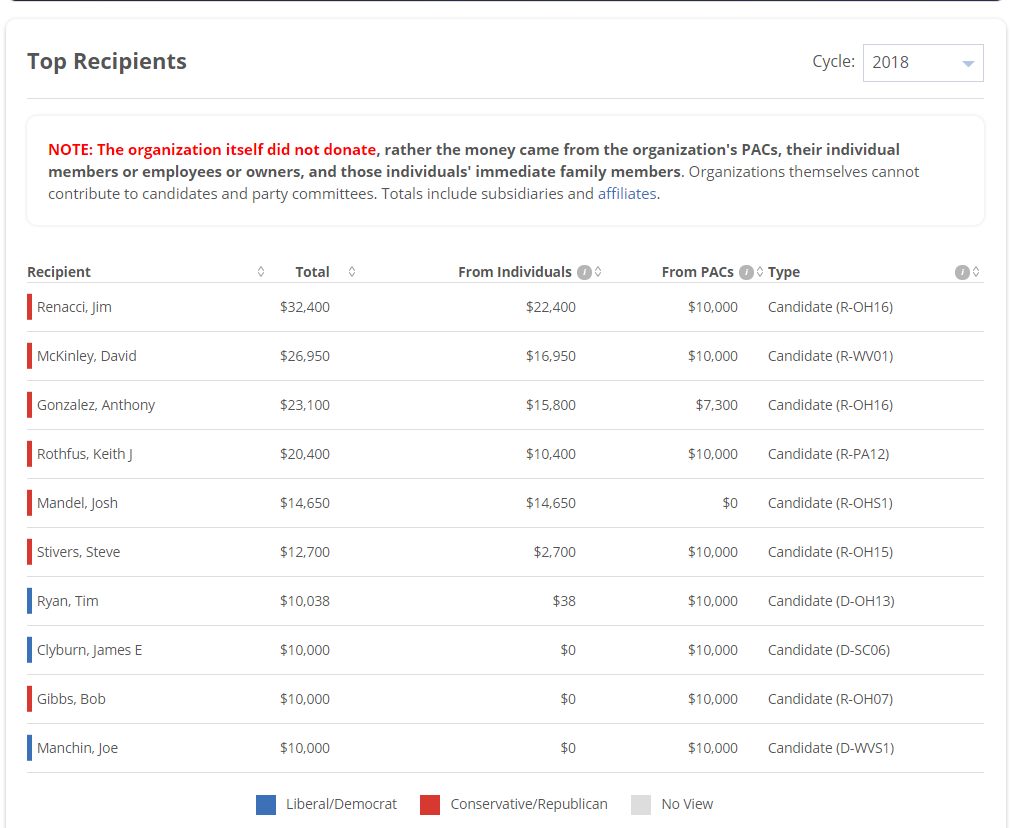 Why does none of this surprise me?