In case you missed it: Monday was the Wheeling Intelligencer’s annual self-congratulatory editorial day

Don't they realize how self-serving this is? 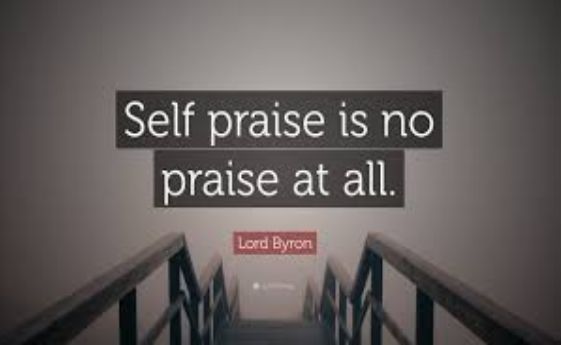 We see these editorials a couple of times a year. Two are definite: one in August on the Intelligencer's birthday and one next month for the News-Register's. (Addditionally, there are usually one or two self-congratulatory pieces during the rest of the year.) They all say the same thing about putting reader's first, commitment to the community, and not having an agenda.

Here is a sample from this year's editorial:

Our allegiance is reserved to our readers, not special interests or rigid ideologies. At the same time, our pages attempt to present a wide range of viewpoints. We believe you want facts and opinions on them — not force-fed diets of political correctness from anywhere on the ideological spectrum.

"Wide range of viewpoints" on the editorial page? I would argue that this morning's page is quite typical: the "wide range" goes from Rich Lowry to Pat Buchanan to Town Hall's Robert Knight. Or, from right wing to far-right wing to crazy-right wing. (Quite a "wide range"!)

And "no special interests"? How about favorite Republicans up for re-election? Let's look at Senator Shelley Moore Capito and Representative David McKinley. Since her victory in the primary, Capito has been featured in a number of articles including two major ones totaling 2700 words by Steven Allen Adams, an editorial, and a mostly self-congratulatory op-ed by Capito this past weekend. What about her opponent, Democrat Paula Jean Swearengin? She was mentioned in a 34-word paragraph following her primary win. That's it.

Democrat Natalie Cline has not been mentioned since her primary win. On the other hand, her opponent -- incumbent David McKinley has been featured in Ogden's news coverage including an op-ed and an editorial praising McKinley for attacking Dr. Fauci.

Okay, Capito and McKinley are in office which should warrant them a certain amount of coverage. But why is there no coverage of their opponents or what they stand for? How is that meeting the needs of the community? For another comparison, Capito's and McKinley's coverage can be compared to that of our current Republican governor -- who is apparently not an Ogden favorite. For instance, Governor Justice's Democratic opponent, Ben Salango, was featured on today 's front page.

A final note. It's Ogden's other Wheeling paper, but this afternoon's Wheeling News-Register further demonstrates Ogden's disdain for its audience.

Yesterday, the National Weather Service believed that there would be a major storm surge overnight when Hurricane Laura made landfall.

Here is the lede from page 6 of the afternoon Wheeling News-Register's hurricane story (an AP story from Wednesday evening):

Laura strengthened Wednesday into a menacing Category 4 hurricane, raising fears of a 20-foot storm surge that forecasters said would be "unsurvivable" and capable of sinking entire communities.

I was up early this morning and while there was considerable damage, there was no mention on the news of a storm surge. If you watched any news today, the major storm surges did not materialize. Not surprisingly, given the magnitude of the storm, the Associated Press issued regular updates to Hurricane Laura. Certainly, by the time the News-Register needed to go to press in late morning, the storm surge was no longer a threat and yet the News-Register chose to publish a day-old AP report rather than a more accurate current update. Is this laziness or simple disdain for their readers? Answer: it's probably both.