How WV's congressional delegation voted on the critical votes this week.

Most non-Ogden newspapers that I'm familiar with usually keep its readers informed on how their local congressional delegation voted on important legislation. (If it's not in a story about the bill, it's usually under the headline "How They Voted.") In the absence of such a newspaper locally, here via govtrack.us is how WV's congressional delegation voted this week on some important issues: 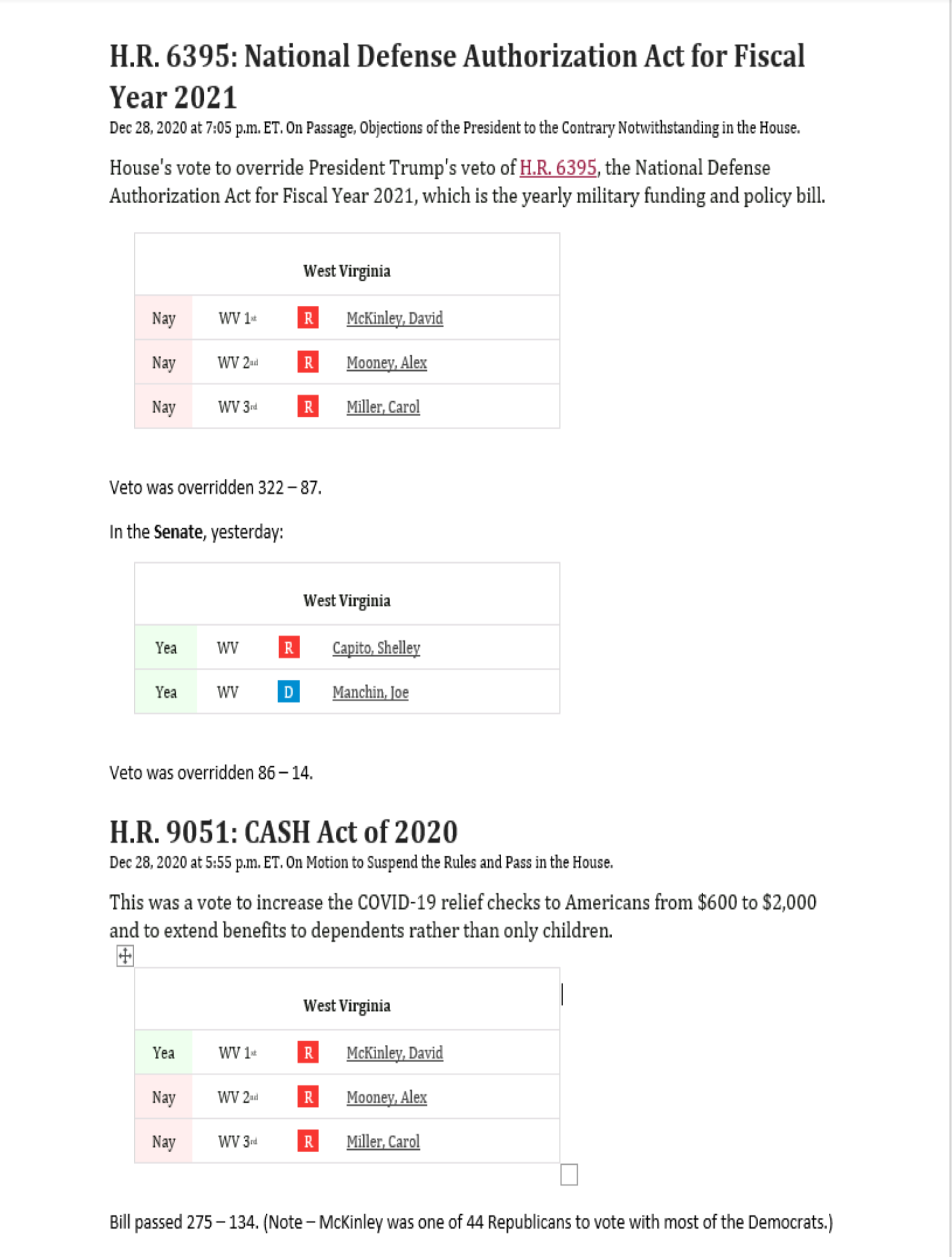 It should also be noted that our local representative, David McKinley (unlike representatives Miller and Mooney), was not among the 126 Republican House members who signed last month's letter supporting the efforts by Trump-supporting state attorney generals to have the presidential election results in four swing states overturned. I cannot find any statement by McKinley on this and, as expected, I haven't seen any WV media pursuing it. Just a thought -- maybe this is an indication that McKinley is not going to run in 2022 when WV's congressional delegation likely goes from three to two representatives.