Congressman McKinley: Since you refuse to do town halls, you ought to know that there was someone in Moundsville last night speaking at a town hall impersonating you!

More hypocrisy from our local representative 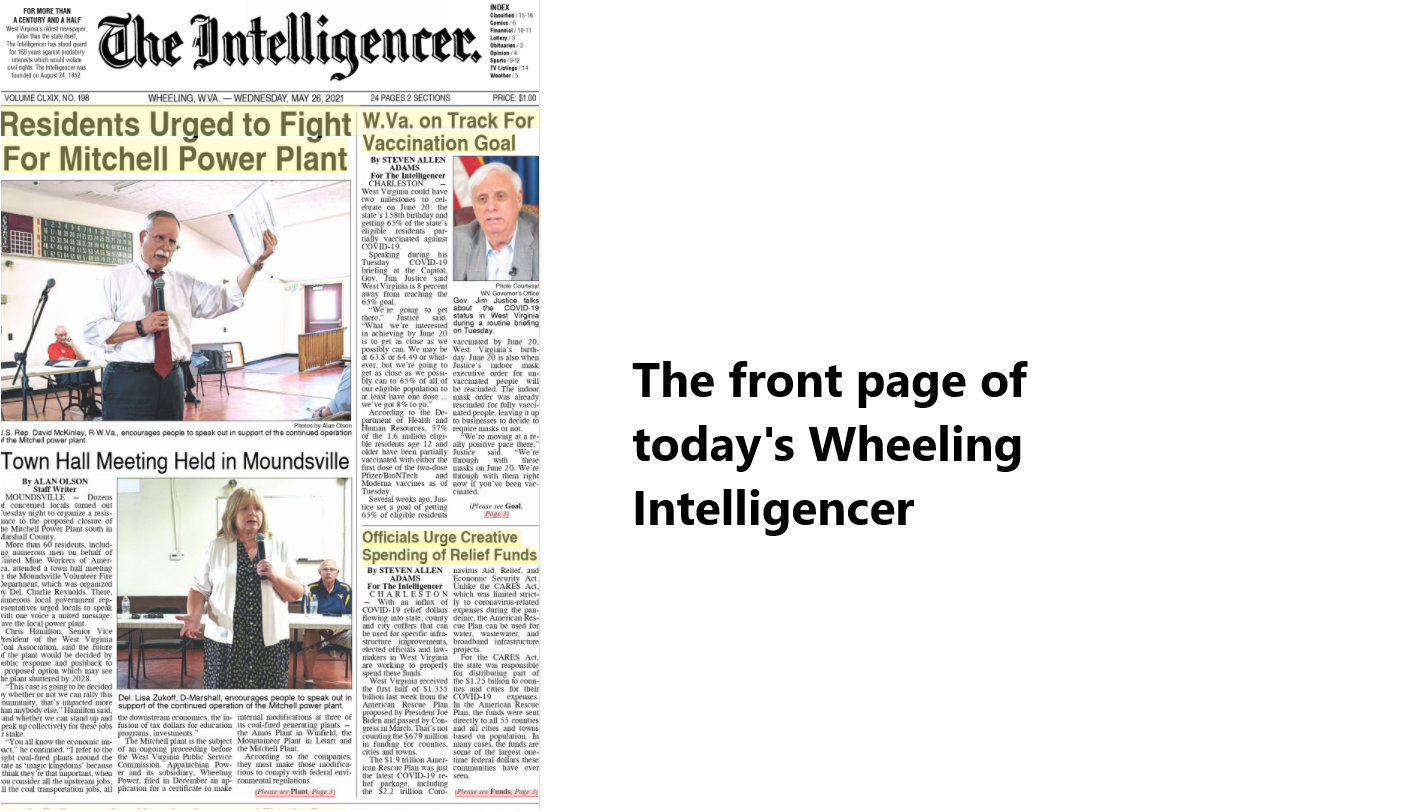 In the early years of the Trump administration, holding a town hall was a common way for many members of Congress to connect with their constituents. There were exceptions (mostly Republican). Among those representatives who refused to meet with constituents in an open public setting was our WV District I representative, David McKinley.*

Why did McKinley avoid town halls? McKinley claimed that he did not hold town halls because he was afraid of violence in public, non-secure settings. He was lying, of course; after he said it, I did a quick search and turned up a number of examples of McKinley speaking in very public settings. (I wrote about them here).

Is this more McKinley hypocrisy? It is, but who would call him out about it? An Ogden paper? Yeah, right.

*In 2017-18, I frequently blogged about McKinley’s unwillingness to meet with all-but-the-friendliest of audiences. Instead of town halls in which he could not control the questioning, McKinley usually met with small groups which allowed him to influence the direction of the discussion. In addition to the link above, here are some of my posts about McKinley and town halls. While last night’s meeting in Moundsville was open to the public, I doubt that this town hall was anything but the friendliest of audiences; the meeting’s purpose (“to organize a resistance to the proposed closing of the Mitchell Power Plant”) obviously signaled to McKinley that he would not face any critical questioning.