Congressman McKinley agreed to come to Tucker County to meet with these constituents. The volunteer group would have preferred having a larger and public meeting, but given the recent violence in the shooting of a Congressman in Alexandria, Virginia, they agreed to the Congressman’s request to meet with a smaller number of participants in a secure facility such as the courthouse annex.

So we are to believe that as a result of the shooting of a congressman in June, McKinley now fears for his life and that he will only meet with constituents in a secure facility. What bullshit! For example, here are two pictures from July 4 when he was clearly meeting with constituents in non-secure settings: 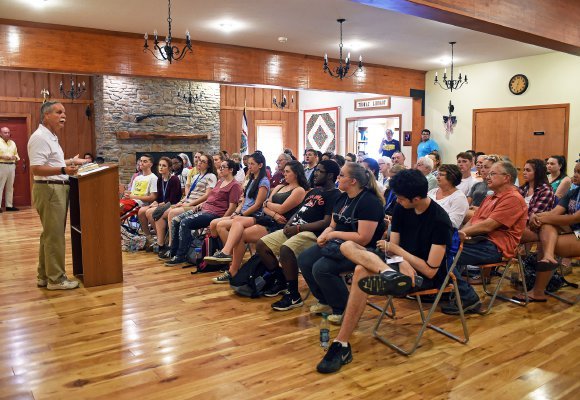 And here he is at Pallantine Park: 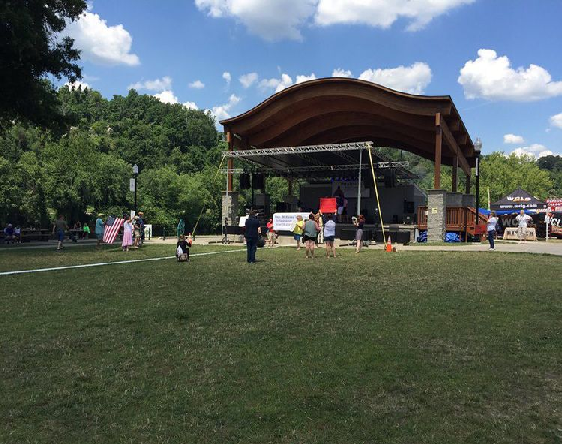 That's just July 4. Visit his Facebook page to view any number of pictures of McKinley talking to constituents in public, non-secure settings. It should be obvious to anyone paying attention how bogus this excuse is. Simply put, McKinley does not want to engage in discussions unless it is in a setting that he can control. (I plan on revisiting this topic later.)

The Washington Post recently surveyed our representatives in Congress and found 129 who confirmed that they would be meeting with their constituents sometime this month. Perhaps, Congressman McKinley, you need to warn these 129 congressmen about their very risky behavior! Maybe one of them would point out to you that a willingness to meet with all constituents, not just friendly or narrowly-defined ones, is one of the most basic requirements to holding the job as representative.