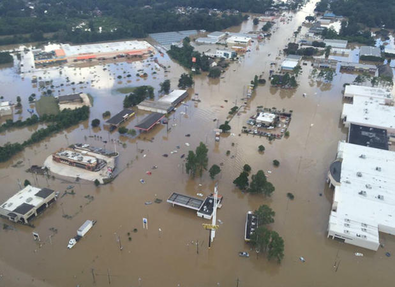 On Monday, the Intelligencer acknowledged that there is a debate going on over climate change by printing an edited version of a longer Associated Press analysis. For most of the article, the AP interviewed the general public and gave both sides without taking a position but it did include a section on the consensus scientific opinion on climate change and why some people reject it. While I have some problems with the Intelligencer version of the original article - it included only three paragraphs of the scientific portion of the original making most of the printed article about what the non-scientists interviewed believed about climate change - I was still surprised to see it. For a "newspaper" that often ignores climate change altogether, distorts the record, or characterizes the EPA's actions as part of the president's "vendetta" against West Virginia, it was a step in the right direction.

The Guardian among others is reporting the NASA conclusion that last month was the hottest month on record:

Last month was the hottest month in recorded history, beating the record set just 12 months before and continuing the long string of monthly records, according to the latest Nasa data.

The past nine months have set temperature records for their respective months and the trend continued this month to make 10 in a row, according to NASA. July broke the absolute record for hottest month since records began in 1880.

This morning's Washington Post examines the connection between climate change and extreme weather events. Similar to the scientific community's comments after the West Virginia floods, the environmental scientists point to the magnitude:

“The fact that Louisiana had a flood, I really would never attribute to global warming,” Holland said. But it’s the magnitude of this particular flood that stands out, he continued.
“The 1,000-year return period in the area is 20.7 inches,” he said. “They had over 30 inches. So I would say that with Louisiana, the actual intensity almost certainly had a contribution with global warming.”

Are we doing enough?

With the extremes in weather that we've seen in recent months, Scientific America has a new article out today that asks whether we are doing enough:

Over the past year alone, catastrophic rain events characterized as once-in-500-year or even once-in-1,000-year events have flooded West Virginia, Texas, Oklahoma, South Carolina and now Louisiana, sweeping in billions of dollars of property damage and deaths along with the high waters.

These extreme weather events are forcing many communities to confront what could signal a new climate change normal. Now many are asking themselves: Are they doing enough to plan for and to adapt to large rain events that climate scientists predict will become more frequent and more intense as global temperatures continue to rise?

The answer in many communities is no, it’s not enough.