West Virginia and the coronavirus

NEW: Gov. Jim Justice said Monday he is confident West Virginia will meet its target goal of having 65% of its eligible population get at least one dose of the coronavirus vaccine by June 20 when the mask mandate will be lifted.https://t.co/FTqR8GhMFO

From the top to 45th and still dropping?

The current bottom of the state vaccination rates from the Mayo Clinic: 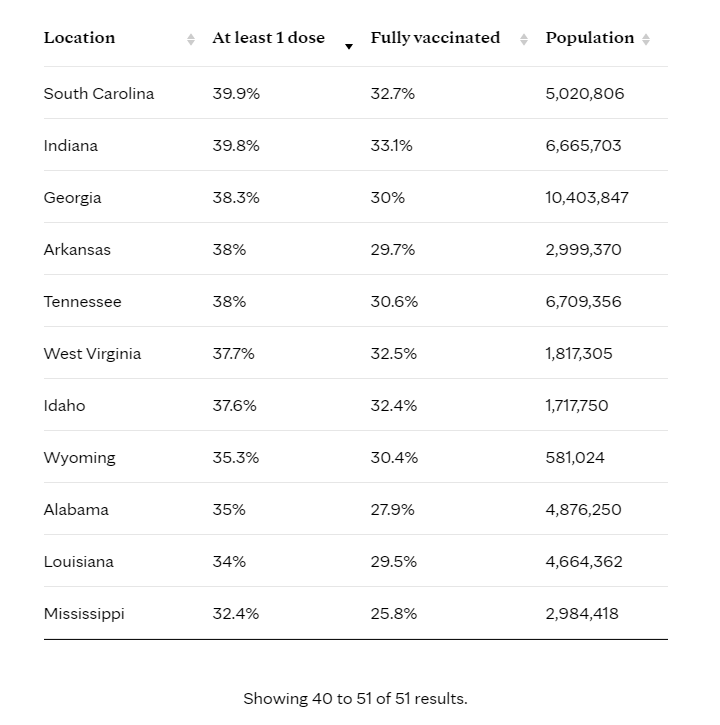 Earlier this year, West Virginia had one of the highest state vaccination rates in the country. Four weeks ago, our ranking had dropped to 42nd and now we are down to 45th. (Will we get to #51? We may but I think the differences among the bottom states will be statistically insignificant.)

If you’re looking for a reason for the drop, look no farther than the following graph from ACASignups.net that plots the percentage of a state who voted for Trump along the x-axis and the state’s vaccination rate along the y-axis: 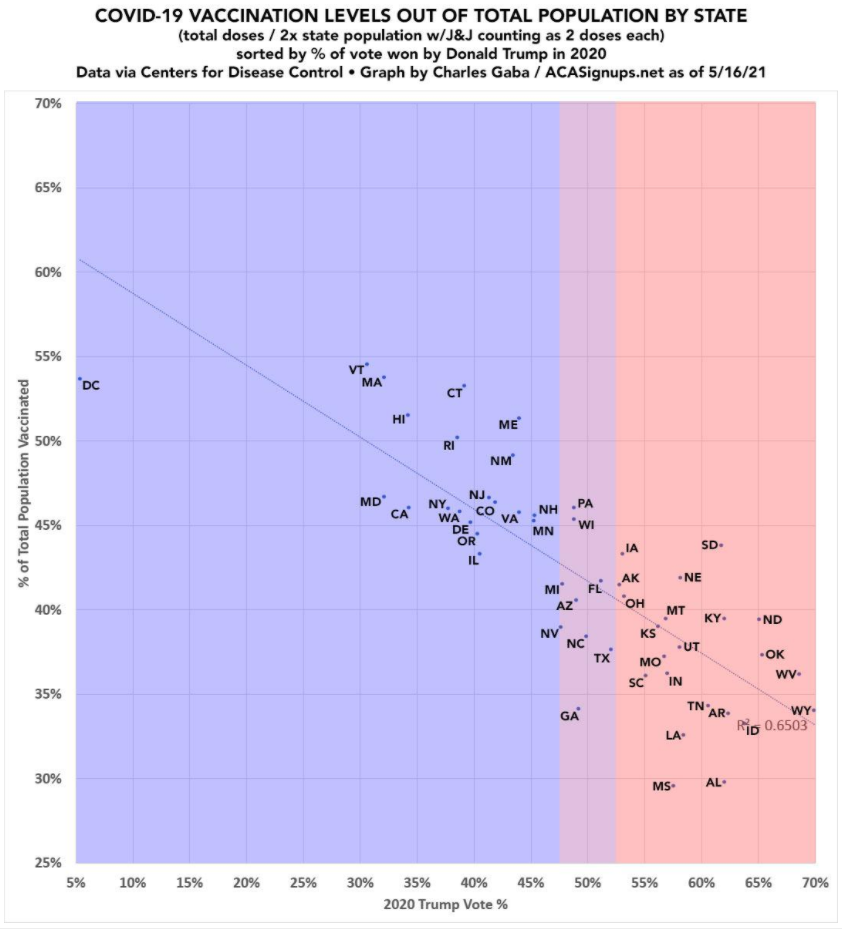 Correlation does not prove causation, but I think that we can probably conclude that there is a strong relationship between voting for Trump and an unwillingness to get the vaccine. I think WV did well early on because its size and population are small, and the age of its citizens (the 2nd oldest state in the union) made distribution and acceptance easy. My hunch is that for a lot of WV seniors, fear of the virus trumped politics. The current problem for the state is how to convince all those younger Trump Party supporters to get a shot.

This is not about West Virginia but I thought I'd post it anyway. (I like its hopefulness.) 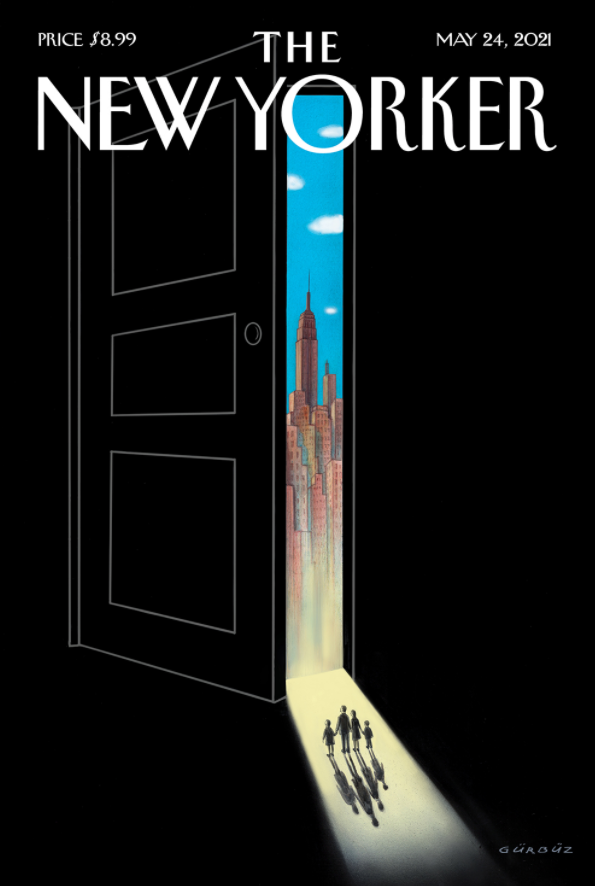