From the front page of today’s Charleston Gazette-Mail

Among the details found in the article, we learn about the connection between Senator Manchin and Enersystems:

Manchin has made $4.35 million since 2012 from stock he owns in Enersystems, according to his U.S. Senate financial disclosures.

He has denied his vested coal interests have influenced his policymaking. But he has declined to divest his holdings, saying his ownership is held in a blind trust and, therefore, avoids a conflict of interest.

Manchin has been a member of the Senate Energy and Natural Resources Committee throughout his 11-year tenure as senator and now chairs the committee. The Marion County native has used his position as a swing vote in the evenly divided Senate to kill a proposed clean energy incentive program opposed by the coal industry and miners. Experts say the program would have benefited West Virginia ratepayers by encouraging utilities to transition more quickly to cleaner and more efficient electricity.

Here is the graphic that accompanied that investigation: 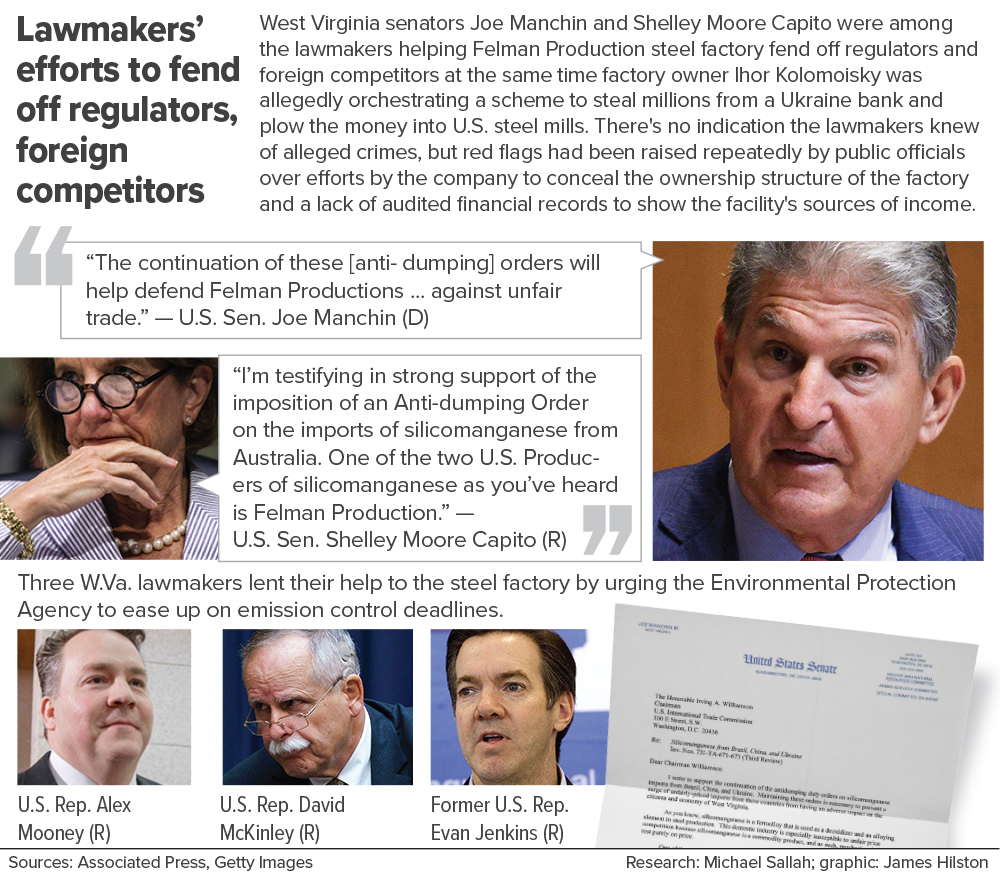 By the way, another graphic in the article explains how some of Ohio's politicians helped the company.

Part 1 of the story can be accessed here -- it documents the money laundering and safety violations.

The series is excellent -- I hope it is considered for a Pulitzer Prize for investigative reporting.