Presidential concerns, "trumped up," and a Capito follow-up

Trump, despite everything going on around him, finds time to tweet his concerns about punctuation

This morning from our president:

To show you how dishonest the LameStream Media is, I used the word Liddle’, not Liddle, in discribing Corrupt Congressman Liddle’ Adam Schiff. Low ratings @CNN purposely took the hyphen out and said I spelled the word little wrong. A small but never ending situation with CNN!

Here is Donald J. Trump, the President of These United States, demonstrating that he believes an apostrophe is called a hyphen. Not only that, it was part of a rant directed at a cable news network complaining that said cable news network did not include the "hyphen"—it's an apostrophe—in the low-energy nickname the president devised for a Democratic congressman leading an investigation into whether he should be impeached for betraying the country. . . .

At the Constitutional Convention, James Madison argued that the document would need a provision "for defending the community against the incapacity, negligence, or perfidy of the Chief Magistrate." Madison worried the president in the system they were designing could "pervert his administration into a scheme of peculation" (embezzlement) or "he might betray his trust to foreign powers." But what if he's also negligent and incapable because he's extraordinarily dumb?

In case you missed it, here is a political cartoon by Gorrell found on the editorial page of yesterday’s Wheeling News-Register: 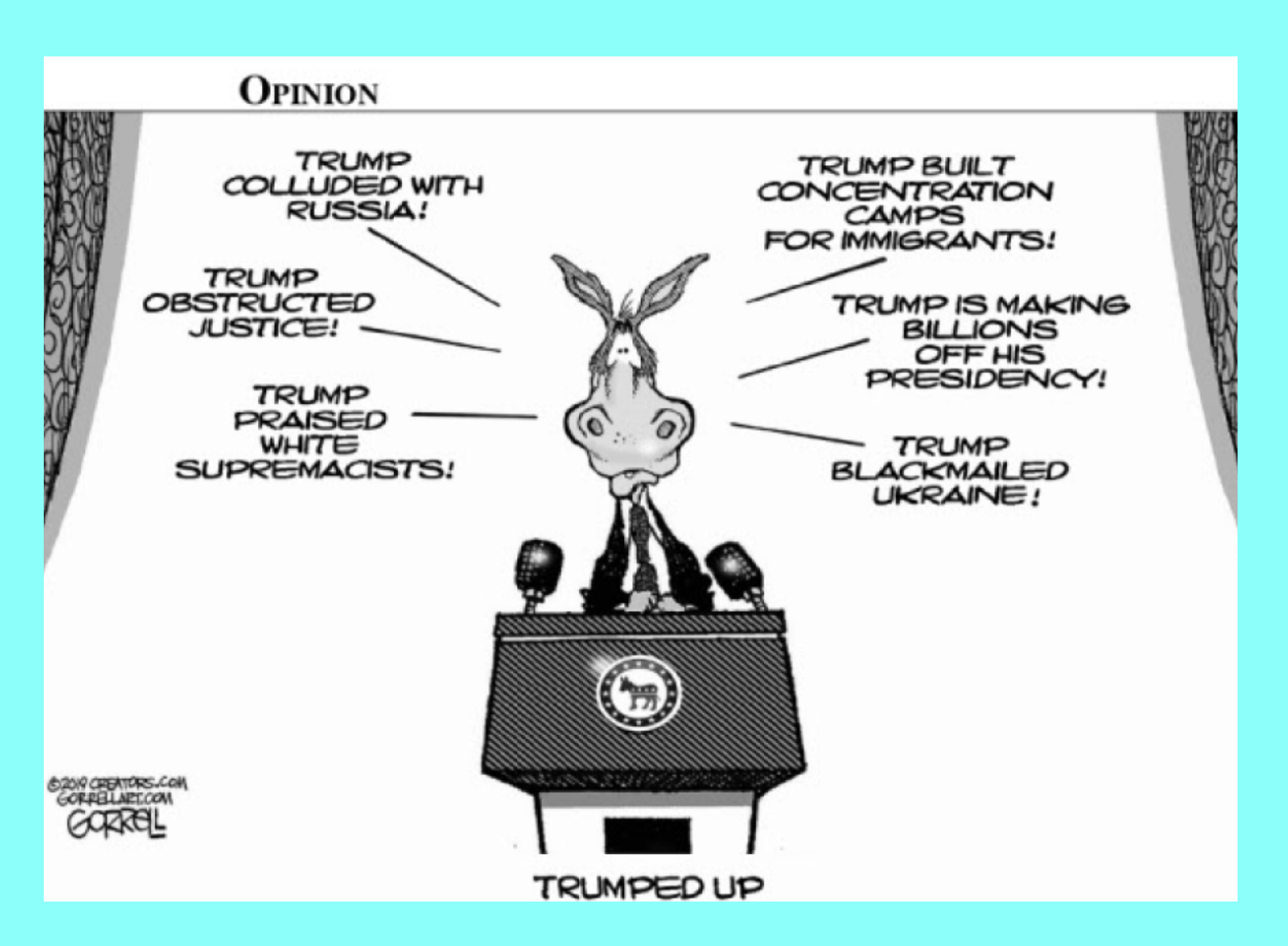 I'm not sure who is being referenced but “concentration camps" was not widely-used, most (if not all) said millions not billions, and yes, Mueller, while reporting that the Russians had intervened in our election, did not establish collusion.* I would argue that the rest has been proven. The News-Register,which has never editorially criticized Trump,apparently believes that all these claims against the president have been “trumped up”? We live in different realities.

This morning’s Wall Street Journal had a follow-up on the whistleblower’s letter:

Everyone In Washington Is Reading the Whistleblower Complaint — Except Senate Republicans

WV’s Capito was one who hadn’t read it:

Shelley Moore Capito of West Virginia said she had been in an Appropriations Committee hearing all day.

My hunch is that our senator is waiting for word on what she should say.

James Risen in The Intercept makes an interesting connection -- Trump's call to the Ukraine came exactly one day after Mueller television testimony appeared to let the President "off the hook." According to Risen, he hadn't learned his lesson:

Trump is a habitual criminal, and his reaction to escaping Mueller’s investigation was to go on yet another crime spree.