Senator Capito echoes the Republican Party's opposition to covid vaccine mandates. The shorter Republican version: we’re catering to the base and if the virus worsens, we'll then blame the President for not controlling the virus. (It's a win either way!)

That may be a cynical take on Republican talking points, but Capito and the Party appears to have embraced it.

From the AP report in yesterday’s Wheeling Intelligencer:

Sen. Shelley Moore Capito, R-W.Va., said a telephone town hall she recently held with constituents made clear they are concerned about keeping their job if the mandate goes into effect.
“If you look at my state, 40% of my state's workforce stands to lose their job under this mandate," Capito said. “It will be a killer to our economy."

Hey, senator: 40% will lose their job? Where did this figure come from? Evidence please.

It certainly doesn’t appear that controlling the spread of the virus matters for Republicans -- the threat of mandates has become the Party’s talking point on covid along with Biden’s supposed promise that he would never institute a mandate.

But are Capito’s words an accurate description of Biden’s policy? Here is the Factcheck.org assessment of that policy back in September:

The rule says that employers can either institute a mandatory vaccination policy or a policy requiring workers to either be fully vaccinated or be tested regularly. Unvaccinated employees also are required to wear face coverings when working near other people.

So the rule only applies to employers with 100 or more workers and those who are not vaccinated won’t be laid off if they are tested regularly. But somehow, according to our senator, 40% of West Virginia workers will lose their job? On the other hand, the WV DHHR tells us that only .043% of fully vaccinated West Virginians have died from the virus. Shouldn’t that count for something?

Senator Capito also told The New York Times that the mandate was” killing the American spirit of being able to make decisions about yourself.” Really? What makes this one different from all of the other vaccines we’ve taken? Why have all sorts of killers, tuberculosis and polio quickly come to mind, been mostly eradicated? How did we accomplish that without “killing the American spirit?” Excuse me senator, but you don’t have to follow the Republican talking points -- hasn't the coronavirus killed enough Americans?

Next up: blaming President Biden for virus deaths

We became the world leader in covid deaths because Trump did little and what he did do (hydroxychloroquine, anyone?), caused more harm than good. More importantly, he refused to wear a mask, but his party refused to criticize him. Now Republican recalcitrance on vaccine mandates will make it all the more difficult to stop the virus from further spreading and mutating. Sadly, this does have an upside for Republicans because they can then blame Biden for failing to contain the virus. As CNN noted last week:

Republicans are cranking up their crusade against federal vaccine mandates, making their resistance to the Biden administration's pandemic response efforts a prominent rallying cry in the GOP — even as they simultaneously criticize the President for failing to get the virus under control.

Some updates on state and local numbers 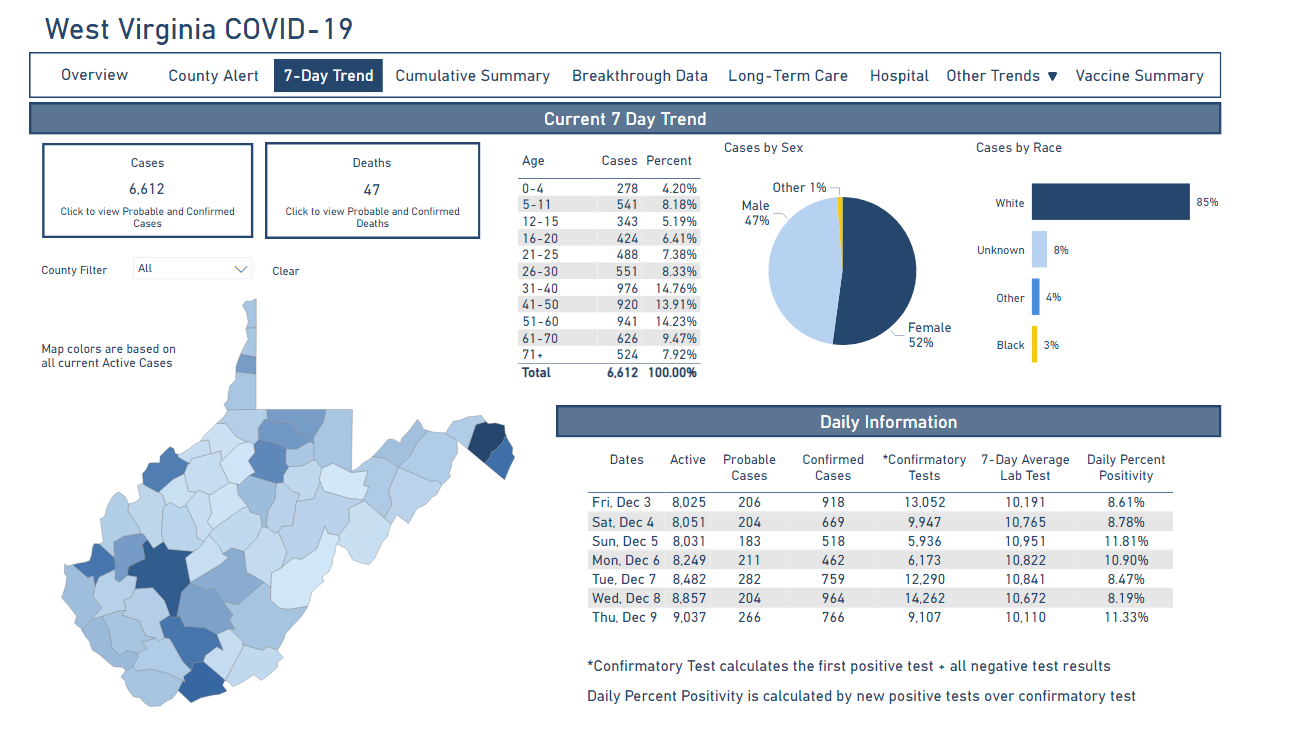 I found this to be especially worrisome:

45.6% of children in Vermont in this age group have received at least one #COVID19 vaccine dose, compared to 3.6% of those in West Virginia. https://t.co/Nf6I9MAy0C pic.twitter.com/j2vn2AAucB

And locally, from the New York Times: