From the Associated Press:

BREAKING: Senate Republicans blocked a domestic terrorism bill that would have opened debate on gun measures after the deadly Texas school shooting. https://t.co/hMdW0iNItZ

Yesterday and today, The New York Times asked Republican senators "whether they would support a pair of House-passed measures to strengthen background checks for gun buyers." They categorized the votes as "open or undecided," "opposed or leaning no," or "declined to answer or deflected." West Virginia's Shelley Moore Capito "declined to answer or deflected" (the largest column): 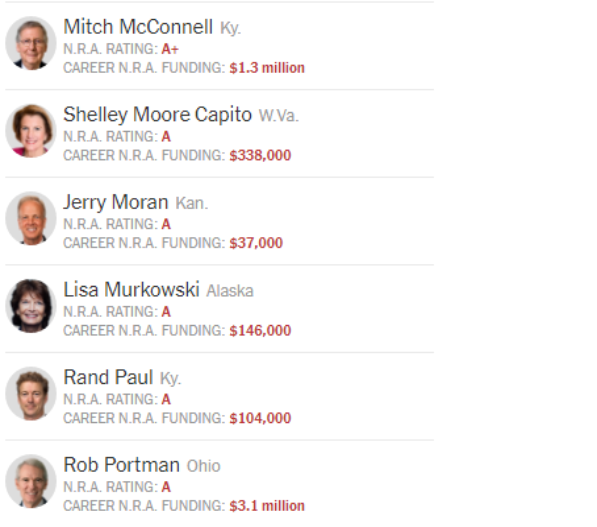 And of course, there's Senator Manchin believing that Republicans will work with him (like they have so many times before):

Manchin, rejecting calls from Ds to gut filibuster, says he believes tragedy will force two sides to cut deal on guns that could get 70 votes, whether on background checks/red flags

"A filibuster should not be needed. It's the one tool that keeps us...at least talking together" pic.twitter.com/4n6lsqrDlo