A star is born!

Another weekend, another Riley Moore article 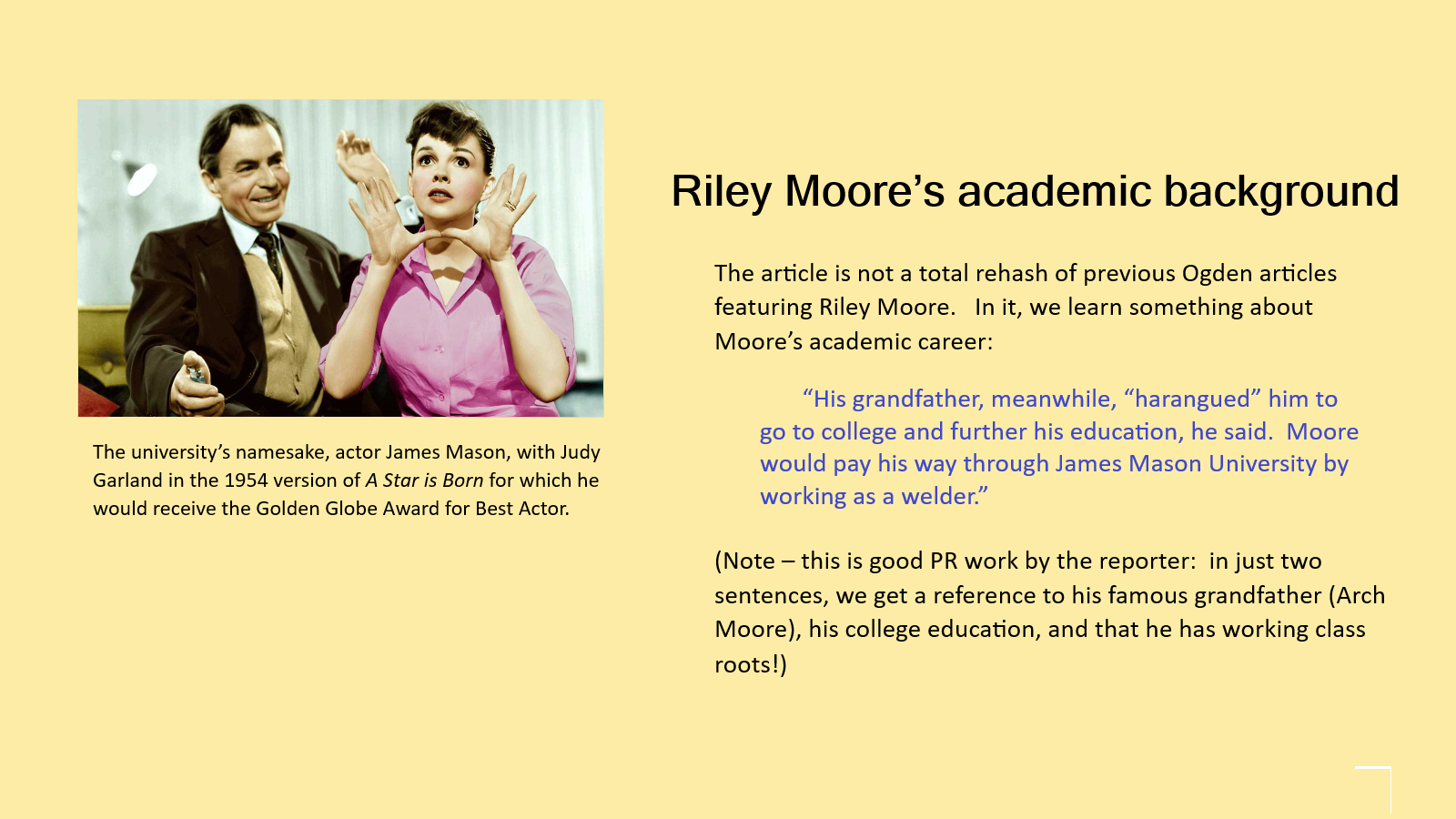 Yes, it's another weekend and time for yet another Ogden article about their new favorite, Riley Moore, candidate for West Virginia state treasurer.

What's the reason for the article?

He visited Wheeling sometime this past week.

How does it begin?

As with the previous two articles, we learn that he's a working-class-kind-of-a-guy:

Riley Moore started his adult life as a welder.

(In case we miss the point, "welder" gets mentioned two more times.)

What did he do in Wheeling?

During his visit to Wheeling this week, Moore said he visited Oglebay Park and the Winter Festival of Lights and took video of the displays on-line for his relatives out of the area to see and reminisce.

Shouldn't this have been on the front page? However, there's no mention of whether he went to Coleman's for lunch and whether he ordered his fish sandwich on an elitist bun or on bread as the locals prefer.

Is there anything new?

Not much. We do learn a bit more about his education after welding school:

His grandfather, meanwhile, “harangued” him to go to college and further his education, he said. Moore would pay his way through James Mason University by working as a welder. This led to his going on to work for a defense contractor making components for the military, and obtaining a masters degree in government and international relations from the National Defense University.

Is George Mason the new Trump U?

(Their answer is essentially "yes.")

What is not mentioned in the article?

Once again, we learn nothing about Moore's work for convicted felon, Paul Manafort, and his time spent lobbying for the old Ukrainian government. (You know -- the one that Trump and his followers keep telling us was so corrupt.)

Yes, it's another fluff article from Ogden boosting the candidacy of Riley Moore. It won't be the last.