It took a while after the primary, but we all knew it was inevitable

Go ahead and search your old Ogden newspapers. See if you can find a positive article, op-ed, or even a good word about Alex Mooney before West Virginia's May primary. See if you can find anything that matches the wall-to-wall coverage that his opponent and Ogden favorite, David McKinley received. Having followed the election closely, I don't believe there was one positive Mooney article let alone something like this Intelligencer front page from last November: 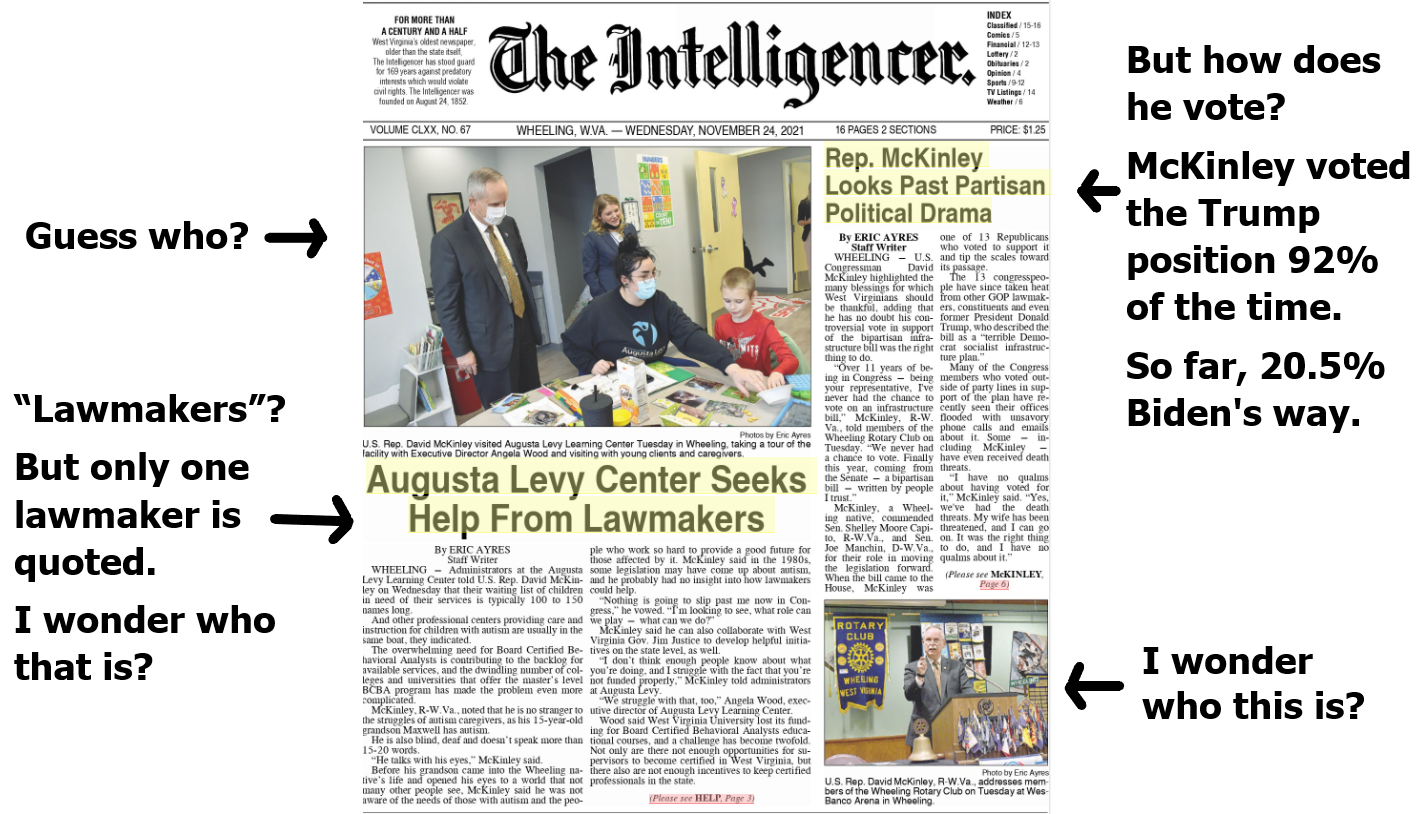 But Mooney is a Republican, Ogden is the Party's propaganda outlet, and the general election is just three months away. So, if Ogden's other newspapers are a preview, let's look for this op-ed (currently on its web page) in tomorrow's paper:

(It's never too early to get ready for the 2024 West Virginia senatorial election.)

I guess "exclusive" doesn't mean what it used to mean

U.S. Rep. Alex Mooney, in an exclusive guest commentary provided to The Intelligencer and Wheeling News-Register, called out Sen. Joe Manchin’s support of the “Inflation Reduction Act of 2022” ahead of Manchin’s scheduled appearances on the Sunday morning news shows.

U.S. Rep. Alex Mooney, in an exclusive guest commentary provided to The News and Sentinel . . .

What about the Democratic candidate, Barry Wendell?

Mooney's opponent is Barry Wendell from Morgantown. Will Ogden soon publish an op-ed from him? How about an article that explains Wendell's position on important issues? If the past is any predictor of the future, Barry Wendell will not even get a mention before election day.

Newspapers should be about informing the public. Unfortunately, we will see little or nothing about the Democratic candidate. This Republican bias is just another reason why I frequently refer to the Intelligencer as a "newspaper."