Nothing to see here

At the top of page 4 of this morning’s Wheeling Intelligencer is this headline:

The article, a rewrite of a Manchin/Capito joint press release, begins:

U.S. Senators Shelley Moore Capito, R-W.Va., and Joe Manchin D-W.Va., members of the Senate Appropriations Committee, today announced $10.492 million from the U.S. Department of Agriculture’s Rural Development Loan program for four locations in West Virginia. These funds will be used for a variety of projects across the state to increase economic development and access to business capital.

Locally, a Rural Development loan in the amount of $1.24 million was awarded to Fort Henry, LLC for restoration of the historic Fort Henry building in downtown Wheeling.

Curious as to who Fort Henry Restoration was, I went to the West Virginia Secretary of State’s web page and found this information: 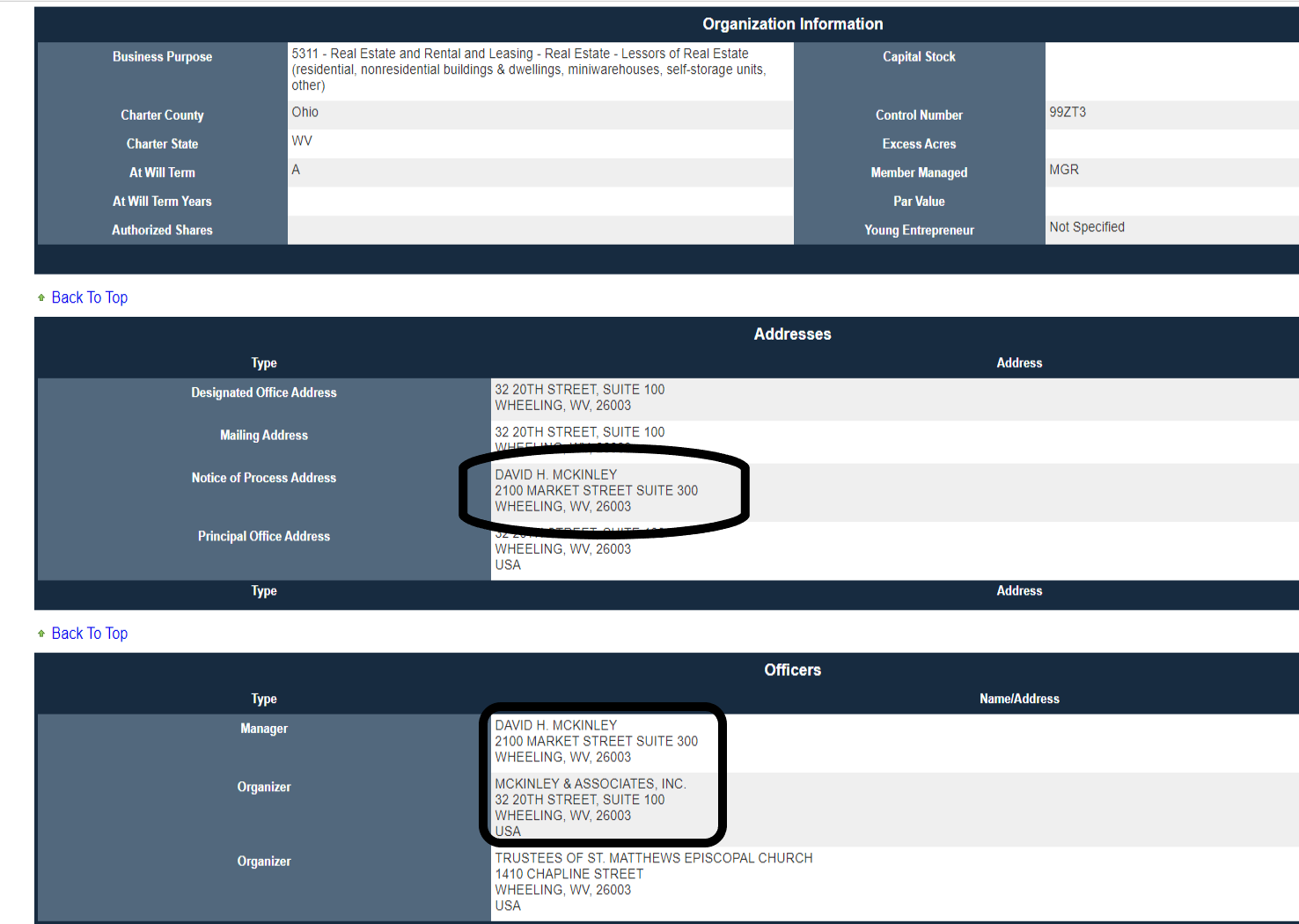 So, a company founded by our local congressman and now run by his son is the recipient of a low-interest million-dollar government loan. This is not the first time in recent memory that this has happened. Two months ago, McKinley and Associates received between $350,000 and $1 million in PPP loans. (Note – they are called loans, but if requirements are met, they become grants.) Congressman McKinley had nothing to say about that PPP loan and I doubt he will say anything about this Rural Development loan although, like most congresspersons, he is a big supporter of transparency in government.

As for the Intelligencer, the article did not surprise me. Although this was a press release (and thus an easy choice for taking up newspaper space), I’m sure someone at the paper knew who Fort Henry represents. And like our local congressman's support for it, the subject of government transparency is frequently mentioned in Ogden editorials. Of course, transparency doesn’t apply to Ogden favorites like McKinley. When the PPP loan recipients were announced in July, WV Governor Jim Justice made headlines as Ogden’s front pages’ carried a long AP report on the governor's PPP loans. However, Ogden papers wrote nothing about the PPP loan to McKinley and Associates. Predictably, the name “McKinley” does not appear in today’s article.

To be sure, there was nothing illegal about this so just keep your head down and keep moving.