Here's a screen shot of takeaway #4: 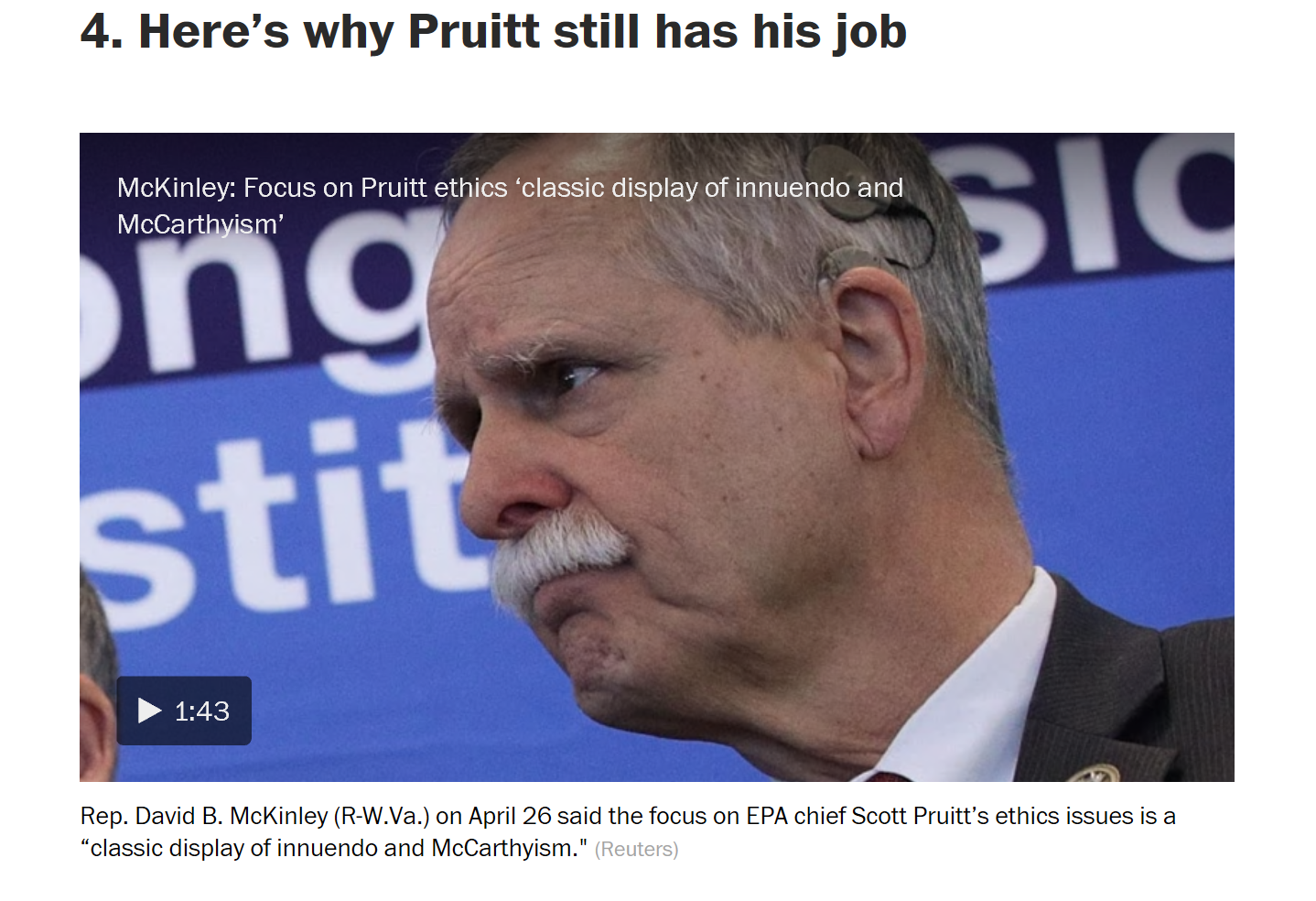 (The video is here.)

Yes, despite major ethical lapses and non-answers to questions about conflicts of interest and excessive spending, some Republicans still defend and support EPA Administrator Scott Pruitt. One such congressman is our own David McKinley. The congressman is mentioned in a number of articles about yesterday's hearings. Here's The Hill:

Rep. David McKinley (R-W.Va.) called the Democrats’ rhetoric “a classic display of innuendo and McCarthyism that unfortunately . . . I think works against civility and respect.”

(Note -- I watched your entire question, Congressman, and it had no examples or any other type of evidence to support your point. Just a thought -- isn't accusing Democrats without any evidence, you know, "a classic display of innuendo and McCarthyism"? Just asking.)

Unfortunately, neither McKinley's defense nor either of the Pruitt hearings made the cut for this morning's Intelligencer.

The News-Register does include part of an AP article about the Pruitt hearings on page 7:

However, dropped from the News-Register version is the last two-thirds of the article which begins:

Pruitt has faced a steady trickle of revelations involving pricey trips in first-class seats and unusual security spending, including a $43,000 soundproof booth for making private phone calls. He also demanded 24-hour-a-day protection from armed officers, resulting in a swollen, 20-member security detail that blew through overtime budgets and racked up expenses approaching $3 million.

I guess the News-Register didn't want to include any "innuendo" or "McCarthyism" from the AP report.