Senator Capito: Is this what you mean by "an independent Justice Department?"

"Nothing could be more destructive of our system of government, of the rule of law, or the Department of Justice as an institution than any toleration of political interference with the enforcement of the law."

And here is Senator Shelley Moore Capito after meeting with William Barr prior to his confirmation hearing:

“It’s clear to me that Mr. Barr is unfazed by political pressure and believes profoundly in an independent Justice Department dedicated to upholding the laws of our country,” she said.
Senator Capito then voted to confirm Barr. 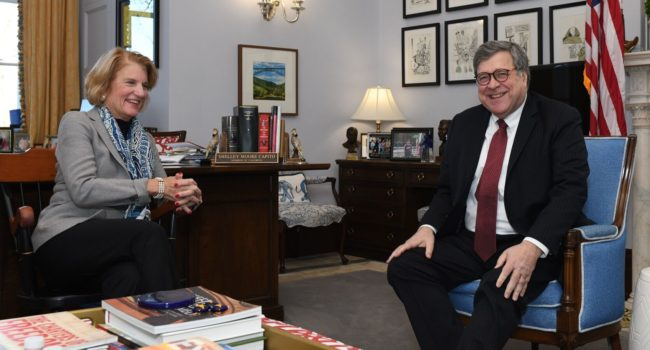 Here is what happened at the Justice Department today:

“This is a horrible and very unfair situation,” he wrote on Twitter. “The real crimes were on the other side, as nothing happens to them. Cannot allow this miscarriage of justice!”

A few hours later, the Justice Department announced that it would reduce the sentencing recommendation Stone had received.

Is this okay with you, Senator Capito? (I could not find any comments by you.) Given your history, I’ll bet it is.