Guns: Updates on Manchin’s and Capito’s response (or lack, thereof) and arming Ohio’s and WV’s teachers

Manchin told me that a final deal should include two things: Raising the age to 21 for purchasing semi-automatic weapons and standards for state red flag laws. He's also open to an assault weapons ban. On people needing AR-15s? "I never felt I needed something of that magnitude." pic.twitter.com/GYUlx1Nhkp

Manchin has also said that he will not vote to suspend the filibuster in order to pass gun legislation.

We've been here before; nothing is going to happen (and Senator Joe will be happy).

Similar to my findings in last week’s post, Senator Shelley Moore Capito has still not commented on gun legislation beyond her initial reaction that this was a “pivotal moment.” (I think Capito wishes that somehow this would just go away.)

In doing research on Capito and gun legislation, I found this from the Firearm Industry Trade Association website. From April 2020, here is the beginning of their profile of Senator Capito: 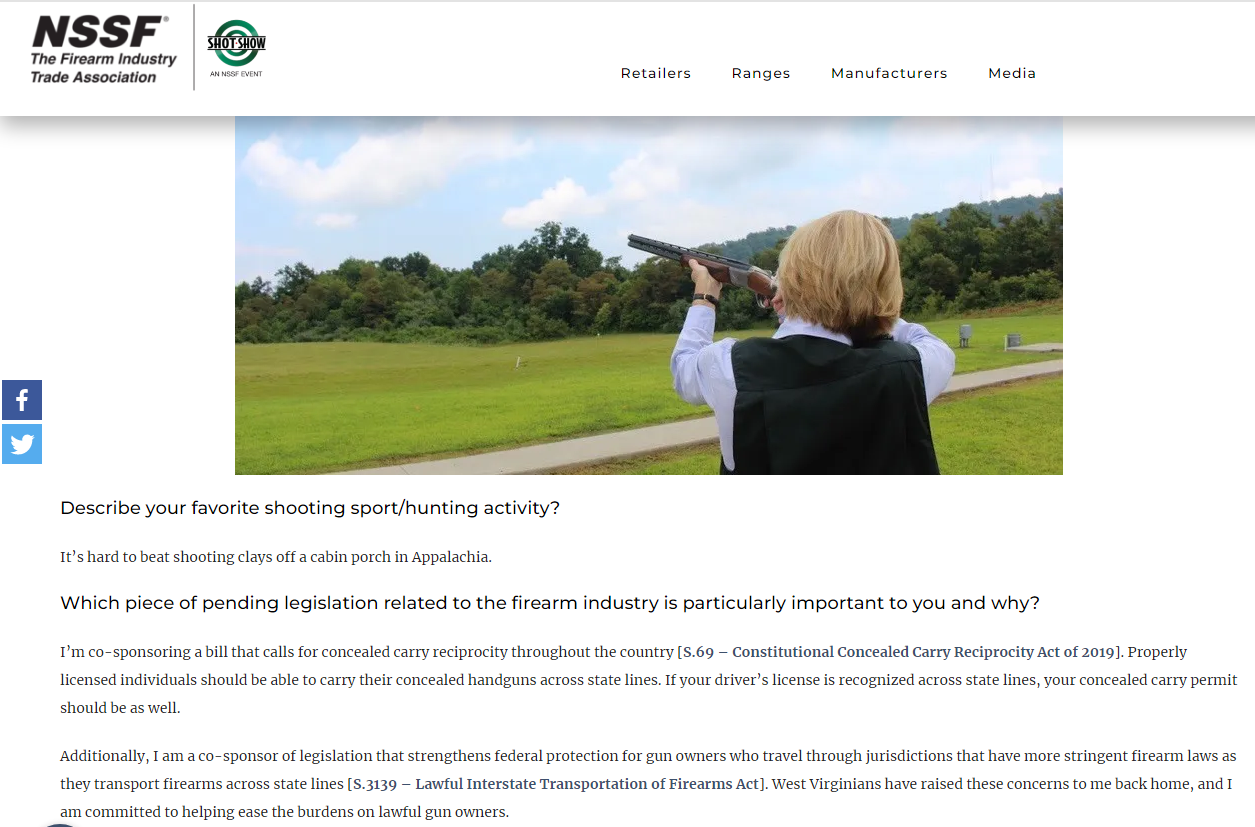 It should also be noted that Senator Capito has received over $340,000 in contributions from the NRA. My conclusion: Shelley Moore Capito will not vote for any meaningful gun legislation.

And here is CNN’s Victor Blackwell asking an Ohio state senator about the teacher gun legislation:

Victor Blackwell is annihilating Ohio state Senator Theresa Gavarone on the gun bill she sponsored.
They don’t want black history taught but think it’s ok for the teacher to have a gun and not notify parents. pic.twitter.com/HsmkHrs9yg

Look for a similar bill next legislative session.