Not necessarily so. Here’s our local congressman, David McKinley:

“Complaining about not getting enough vaccines is like complaining about the size of your meal," said Rep. David McKinley (R-W.V.). "You should be grateful to have food on your table."https://t.co/Z01JMaWj4f

Masks in the Ohio legislature

You may have seen this on NBC News:

As #Flordia fights community spread of COVID on a massive scale, this is a 15-second snapshot of a supermarket in Naples. Many employees and customers- even older ones- with no masks on inside. Store sign outside cites “medical exemptions,” we can’t ask questions. @NBCNews pic.twitter.com/rNUSOPLjeB

Coming from a state that was carved out of another state, you would think WV state legislators would be a bit more sympathetic

From the frontlines of the Republican civil war

New Ad: The fight for the soul of the Republican Party is right now.

Whose side are you on? pic.twitter.com/mQFljxIoZu

Yes --- I found it. Here’s the final picture in the Bernie Sanders/Inauguration Day meme 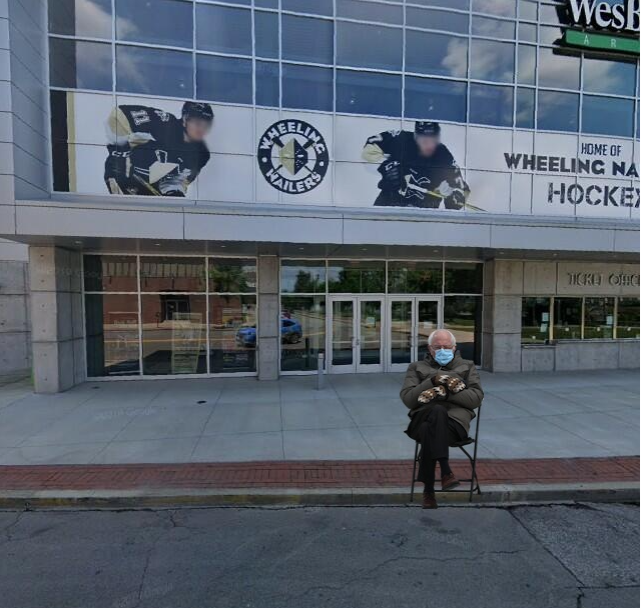