Can you get any sleezier, Congressman?

Page B4 of the Sunday News Register (on Saturday, no less) carries an article by two officials from The Nature Conservancy in West Virginia, Thomas Minney and Beth Wheatley. Their article celebrates the passage of the Great American Outdoors Act:

Outdoor spaces are often at the center of vibrant communities. Their critical role has been highlighted in even newer important ways in recent months, underscoring the need to conserve, maintain and improve access to these places. Protecting important natural spaces and investing in their care will help create jobs, rebuild local economies and expand access to the outdoors that everyone has a right to enjoy.

In an historic vote for nature, the U.S. House of Representatives has passed the Great American Outdoors Act, echoing the passage of the Senate just a few weeks ago. This is a giant step forward for conserving America’s natural landscapes, and we at The Nature Conservancy in West Virginia thank Sen. Joe Manchin and Sen. Shelley Moore Capito for their leadership in the Senate and Rep. Carol Miller, who voted ‘yes’ in the House.

That’s great. But what about our local congressman, David McKinley? Unless he was absent, it would appear that McKinley voted against this important conservation legislation which clearly had bipartisan support. (The vote was 310 to 107.) I quickly located HR 1957 and yes, McKinley voted, along with Representative Mooney, against the bill: 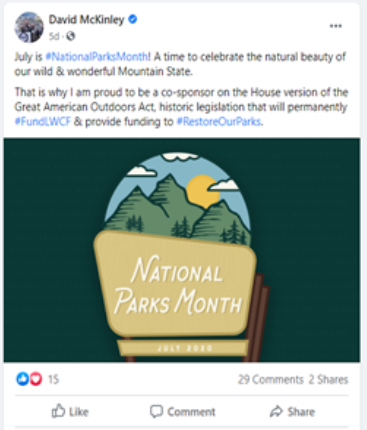 I was puzzled – how could this be? With a bit more research, I found another Great American Outdoors Act (HR 7092)– one that is apparently going nowhere: 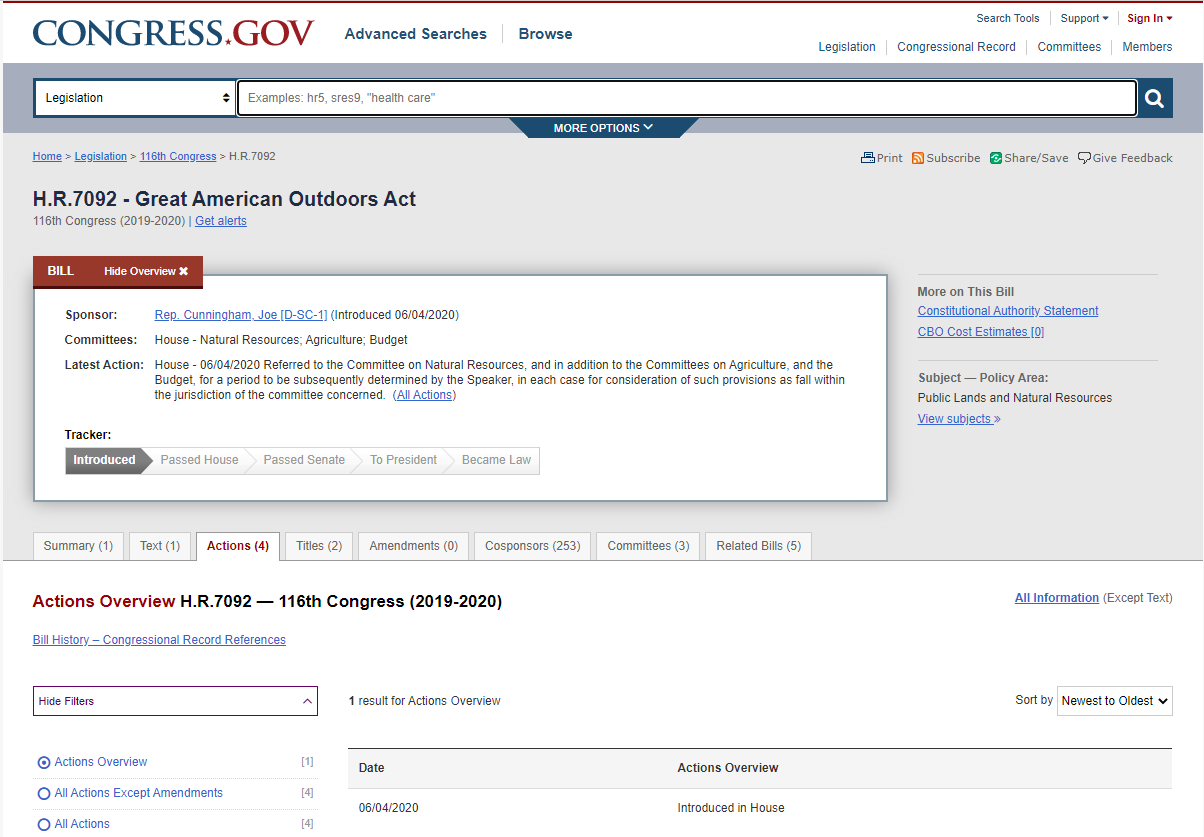 And yes, McKinley is correct – he is a co-sponsor. And not surprisingly, despite the bill’s introduction on June 4, he was one of the last to add his name as a co-sponsor; he did so on Monday.

Let’s see. McKinley votes against a major conservation bill but not before he attaches his name to another bill with the same name that is going nowhere. He then brags on his Facebook page that he’s “proud to be a co-sponsor on the House version of the Great American Outdoors Act.” His constituents most likely don’t know there are two bills with the same name or that he has voted against the one supported by conservationists that now sits on the President’s desk. (And I doubt that McKinley will explain the difference.) Nice.

Other adjectives come to mind but “sleazy” will do for now.