Blame Obama and provide no evidence

The News-Register returns to its old editorial ways 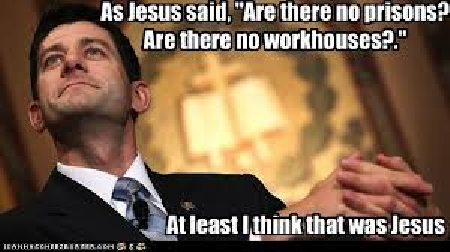 Like West Virginia's Republican legislative delegation, our local "newspapers" are better off out of power where they can criticize and criticize knowing that they don't have to be responsible. Now that Republicans are in the majority on both the state and national level, they're expected to govern. That's unfortunate for Republican legislators but not much of a problem for our local papers -- they can bring back some of their favorite scapegoats. This afternoon's News-Register editorial on repealing and replacing Obamacare is a good example:

Cleaning up the mess has fallen on the shoulders of President Donald Trump and Republicans in Congress. Now GOP lawmakers are so deeply divided over how to replace Obamacare that whether it will be done at all is a question. That is precisely what the health care takeover's authors intended.

What do you know? All along I thought Obama and the Democrats passed Obamacare to improve the healthcare of all Americans. No, they passed it with the express purpose of screwing over future Republican attempts to alter it!

The editorial then lists the faults of Obamacare:

First, millions of people receive substantial subsidies allowing them to purchase insurance. Often it is low-quality, with high deductibles and severe limits on coverage.

Second, about 16.2 million more Americans are receiving health insurance totally free to them, through the expanded Medicaid program.

Of course, millions of other people are paying more out of their own pockets for insurance. Some have lost company-paid coverage entirely.

Could we possibly see a reference to the source of information for any of these points? The editorial then draws a conclusion:

Overall, Obamacare has been bad for more people than it has helped.

Really? Does it matter that from 20 to 30 million Americans will lose health coverage if there is no replacement? And it doesn't take much searching to see what Americans think about Obamacare. Here's U.S. News and World Report:

The latest Kaiser Health Tracking Poll finds that 48 percent of Americans have a favorable opinion of the Affordable Care Act and 42 percent an unfavorable view. “This is the highest level of favorability of the [law] measured in more than 60 Kaiser Health Tracking Polls since 2010 and is largely driven by a change in the views of independents, among which 50 percent now view the law favorably,” according to the write-up of the poll’s key findings.

According to HuffPost Pollster’s aggregate of polling, the law now enjoys nearly 48 percent approval and 43.5 percent disapproval; those are the best marks the law has had since President Barack Obama signed it into law in March, 2010.

And here's the Hill reporting the latest Pew Research poll:

Public support for ObamaCare has reached its highest level since the healthcare law’s creation in 2010, according to a new poll.

Fifty-four percent of U.S. adults approve of the Affordable Care Act in the Pew Research Center survey released Thursday, while 43 percent disapprove and 3 percent have no opinion.

All I can figure is that these pollsters only talked to people that it helped! (Yeah, check with President Trump, I'll bet it's "rigged.")

For the record, neither Jesus nor Paul Ryan is the source of the opening quote -- it's the Ghost of Christmas Present from Charles Dickens' A Christmas Carol:

"Have they no refuge or resource?" cried Scrooge.

"Are there no prisons?" said the Spirit, turning on him for the last time with his own words. "Are there no workhouses?"