A McKinley town hall? Why should he bother -- Ogden papers treat him as though he is running unopposed

From the Town Hall Project 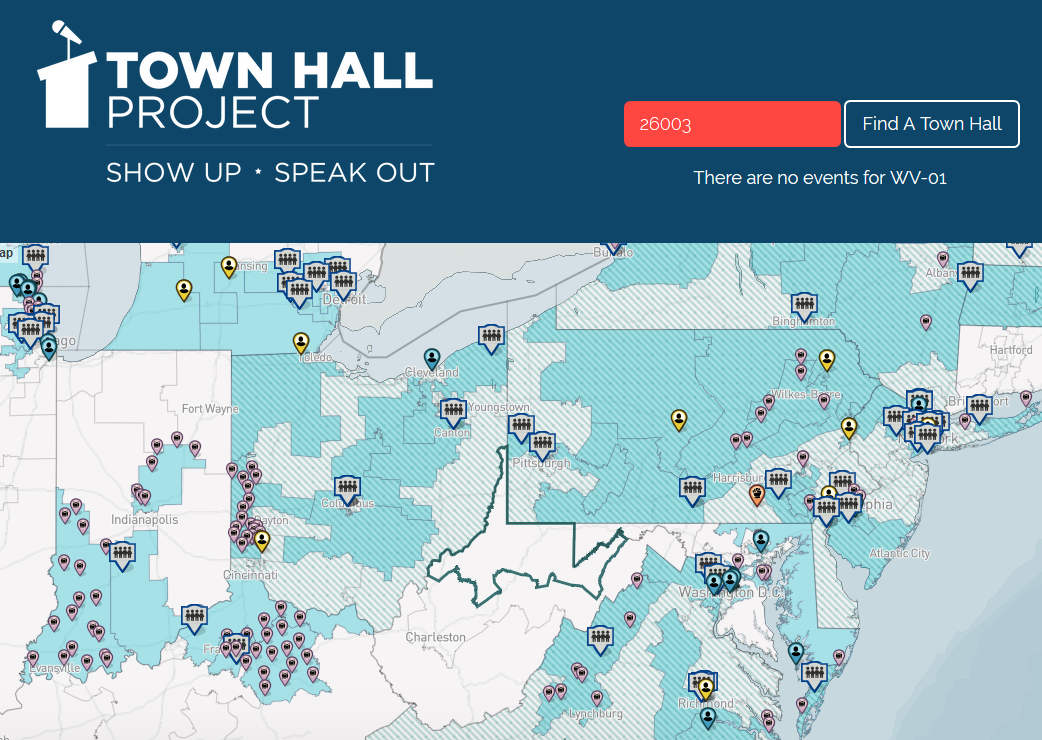 March For Our Lives

March For Our Lives partnered with Town Hall Project, a volunteer-based initiative that identifies and promotes congressional forums, to help students organize each event, known as a “Town Hall For Our Lives.”

By Friday afternoon, there were more than 120 Town Hall For Our Lives events listed on Town Hall Project’s website, with over 30 Democratic members of Congress having organized or accepted invitations to the forums.

But their Republican counterparts failed to accept a single invitation to a Town Hall For Our Lives, causing the bulk of the events to be planned as “empty chair” town halls, in which the invited lawmakers aren’t expected to show up.

It should surprise no one that Representative McKinley is not holding a town hall.

Why should an elected official hold a town hall?

(1) The idealist would answer that meeting face-to-face with constituents is essential to a democracy.

(2) The pragmatist might argue that it helps get candidates elected or re-elected and that it is an effective way for constituents to have their voices heard.

(I previously wrote a much longer answer here.)

Why bother with town halls, however, if the dominant media treats a candidate as if he/she is running unopposed?

I wrote about this last week. Ogden Newspapers, which is probably the single most important news source in this congressional district, has not mentioned any of McKinley's potential opponents (other than listing them as running for office) for over four months and one of those candidates has never garnered a single word beyond acknowledgement that he is running for the office.

Compare that with David McKinley's coverage. Does a week go by when he is not featured on the front page (with picture) or given space for an op-ed on the editorial page? For example, at the top of this morning's front page is a story about his having visited a class at West Liberty University. Okay, he is our congressman but that doesn't explain why a student asking about student debt should be one of the top stories of the day. Like his discussion with pharmacists last week, this does not meet any definition of news.

Tomorrow: It's not about incumbency, it's about party affiliation and the Ogden papers have dropped all pretense of fairness and objectivity.