We haven’t been paying enough attention to Narcissist Joe

From this morning's Charleston Gazette-Mail 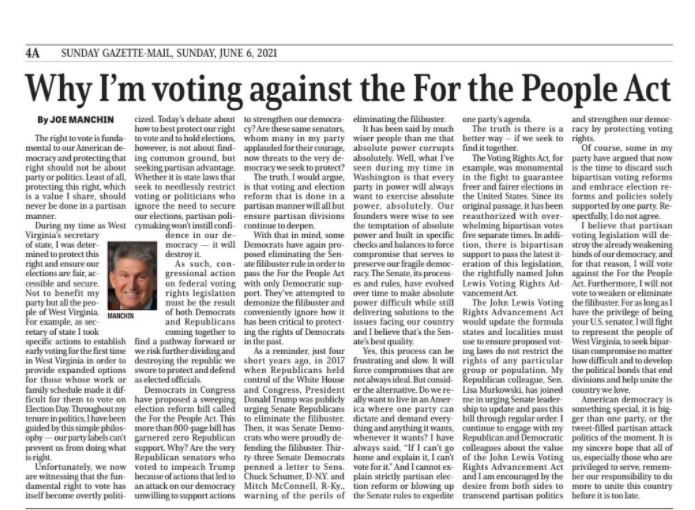 A Democratic senator says he will not vote for an overhaul of U.S. election law, virtually guaranteeing the failure of a top Biden administration priority. Sen. Joe Manchin of West Virginia also restated his opposition to changing the filibuster. https://t.co/w8Rs3q1CjF

What Joe Manchin fails to acknowledge is that the voting rights legislation is being characterized as partisan only because partisans are opposing it. It's like blaming hostages for not negotiating with their kidnappers. Voting rights are not partisan. Voter suppression is.

Fox's Chris Wallace gets it. Why can't Joe?

"Hear me out on this," the Fox News host continued. "If you were to keep the idea that maybe you would vote to kill the filibuster, wouldn't that give Republicans an incentive to actually negotiate because old Joe Manchin is out there and who knows what he's going to do? By taking it off the table, haven't you empowered Republicans to be obstructionists?"

Clueless Joe (with his band of phantom Republicans):

"I don't think so," Manchin said cautiously. "Because we have seven brave Republicans that continue to vote for what they know is right and the facts as they see them, not worrying about the political consequences." 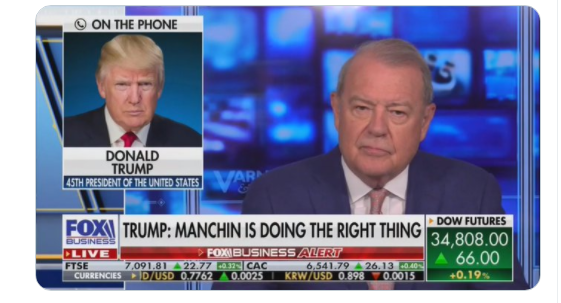