Outing the whistleblower and once again demonstrating his lack of class

Trump, just before midnight on the Friday after Christmas, retweeted a tweet that singled out the alleged whistleblower by name to his nearly 68 million followers

Here's more about the source of Trump's information from Vox's Aaron Rupar:

The account Trump retweeted to out the alleged whistleblower by name has pushed conspiracy theories about Obama being a secret Muslim and accused the Clintons of murdering Jeffrey Epstein pic.twitter.com/SiqiJrlhzg

Just one out of many of Trump's far-right sources

Thread: Trump last night amplified nearly 20 accounts supporting QAnon & that have pushed QAnon content (some of these include accounts retweeted or quote tweeted multiple times), easily the most I've seen in one day so far. Below are images showing this. pic.twitter.com/N1Sv27doEs 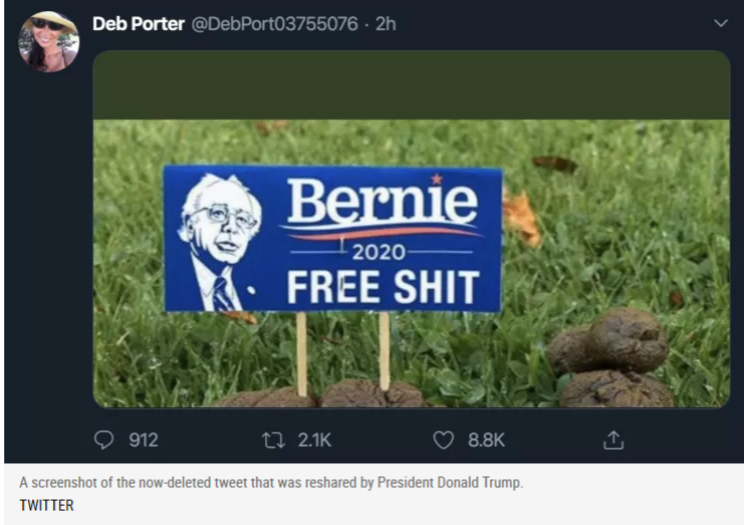 The picture was originally posted by Twitter user Deb Porter, who identifies herself on her Twitter profile as a "Proud Trump Supporter!" Her Twitter feed is mostly retweets of pro-Trump and conservative comments and articles. Porter did not include a comment when she posted the image to her account, nor did Trump when he retweeted it. Shortly after 11 p.m. EST, however, Porter's account was suspended by Twitter, removing the tweet from Trump's timeline.