President Trump assured Senator Joe Manchin III, Democrat of West Virginia, on Thursday that he was still considering legislation that could include background checks for gun buyers. But White House aides said they had polling data showing that gun control was politically problematic for the president, according to two people briefed on the meeting.

“Politically problematic”? I think that’s shorthand for the NRA would not approve. Assurances aside, I wouldn’t bet on anything happening, Joe.

Trump gives the Presidential Medal of Freedom to Jerry West

Senator Manchin was also there when the president gave the award to West Virginia’s all-time favorite athlete, Jerry West. According to the Washington Post:

In a private ceremony in the Oval Office, Trump gave the 81-year-old West the Presidential Medal of Freedom, an award that only the president can bestow.

Trump, as he always does, made the ceremony about himself:

Trump strayed from his prepared remarks when he mentioned that West came from the “great, great state” of West Virginia.

“I probably shouldn’t say this, but I won it by 43 points. That’s a lot,” Trump said. “Probably helped you getting this award today, that you come from West Virginia.”

The Post suggested that the president was joking although it later concluded:

Trump often finds opportunities to turn attention to himself, especially about his 2016 election win, which he brings up in most speeches.

As an aside since it doesn't mention West Virginia but the Associated Press’ Jonathan Lemire has written an excellent analysis of the president’s unwillingness to admit that he is wrong:

The AP is getting more critical. From the article:

Trump’s relentless justifications of his erroneous warnings that Hurricane Dorian was threatening Alabama on Sunday, which created days of ridicule and skepticism, are just the latest example of the president’s lifelong reluctance to admit an error, no matter how innocuous.

His fervent, dayslong pushback has displayed not only his prolonged focus on a personal spat but his willingness, notably again late on Thursday, to deploy government staff and resources to justify an inaccurate claim.

While our local Ogden papers may eventually carry the first two stories, I would be very, very surprised to see the Jonathan Lemire article printed locally. 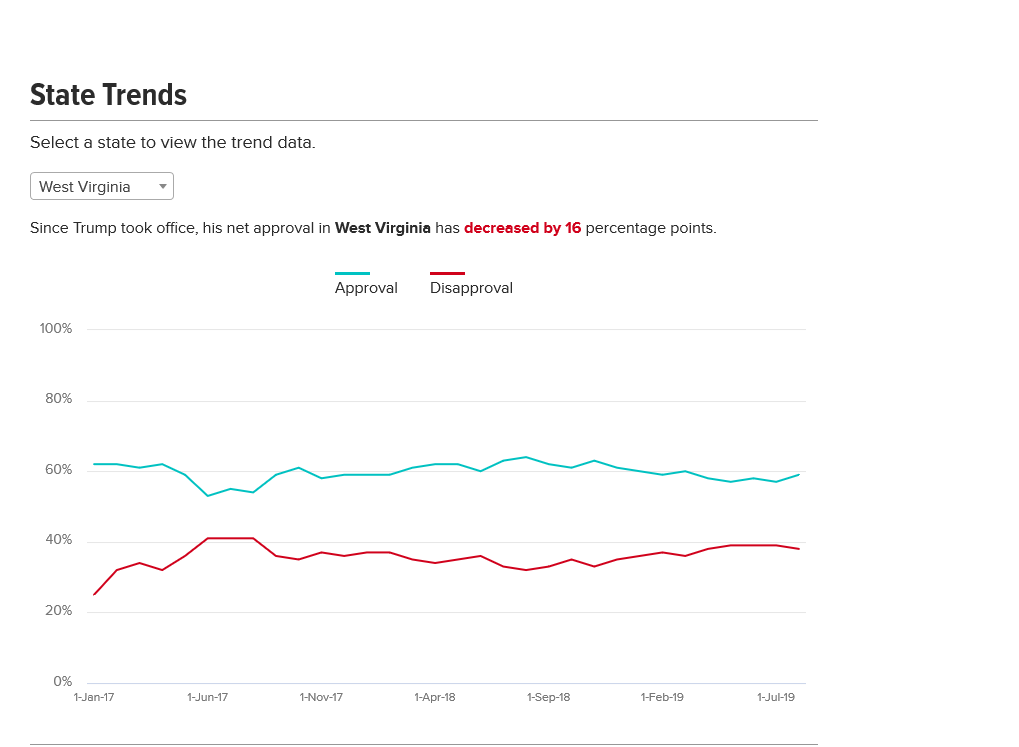