Of course it has nothing to do with job loss; that’s always Obama’s fault

Today’s Wheeling "newspapers" have a front page article, “Technology Helping Coal Worker Productivity in the Ohio Valley”, which looks to have grown out of a Murray Energy PR release. While it appears that the article is about improved worker productivity, it demonstrates what increased mechanization is (and has been) doing to the coal fields. The article cites Murray Energy’s CEO:

Robert E. Murray, chairman, president and CEO of Murray Energy Corp., recently said the company uses two longwall machines in the Marshall County Mine. Prior to Murray’s 2013 acquisition, this operation ran as Consol Energy’s McElroy Mine.

Of course, the article frames this increased mechanization as good for the company in allowing it to compete with natural gas but automation is a job killer just as in other industries. And it will get worse, as a New York Times article documented earlier this year:

And a recent study by the International Institute for Sustainable Development and the Columbia Center on Sustainable Investment predicted that automation was likely to replace 40 to 80 percent of workers at mines.

As the following chart illustrates, increased mechanization has been taking a toll on mining jobs for a hundred years. Our papers, however, prefer to blame Obama for all that has gone wrong with coal even though automation and the decline in coal employment started long before the former president was even born: 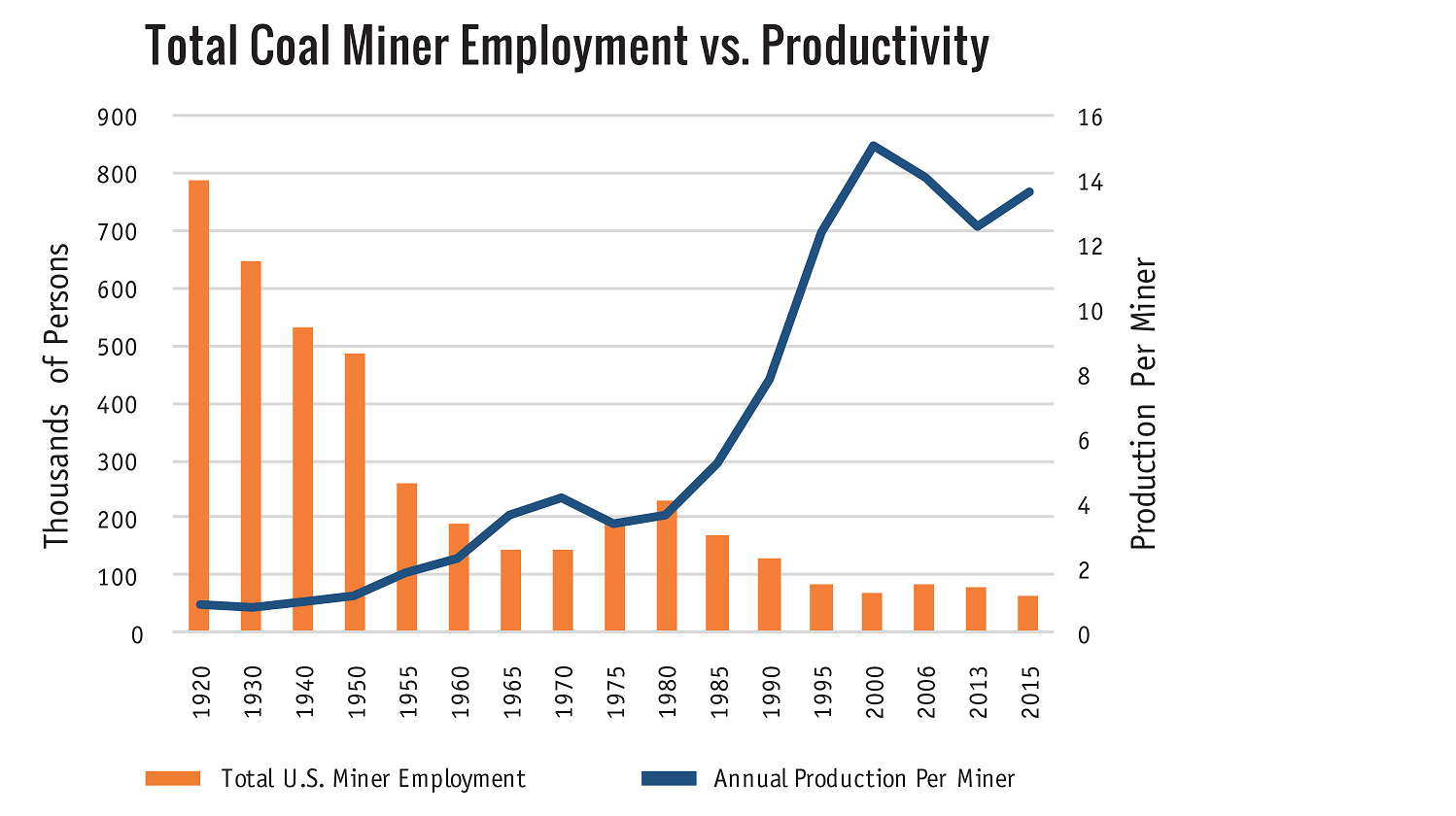