Did you know that Ohio County received 49 pain pills per resident in 2012?

The best reporting on West Virginia’s and the nation’s drug crisis continues to be from the Washington Post. In the last couple of days, the newspaper has published several articles and a database dealing with the nationwide epidemic:

The Post's also published an interactive database that allows the user to get down to the county level:

For the first time, a database maintained by the Drug Enforcement Administration that tracks the path of every single pain pill sold in the United States — by manufacturers and distributors to pharmacies in every town and city — has been made public.

The Washington Post sifted through nearly 380 million transactions from 2006 through 2012 that are detailed in the DEA’s database and analyzed shipments of oxycodone and hydrocodone pills, which account for three-quarters of the total opioid pill shipments to pharmacies. The Post is making this data available at the county and state levels in order to help the public understand the impact of years of prescription pill shipments on their communities.

These records provide an unprecedented look at the surge of legal pain pills that fueled the prescription opioid epidemic, which resulted in nearly 100,000 deaths during the seven-year time frame ending in 2012.

The database drills down to the county level; here is a screenshot of what the database reveals about Ohio County, West Virginia: 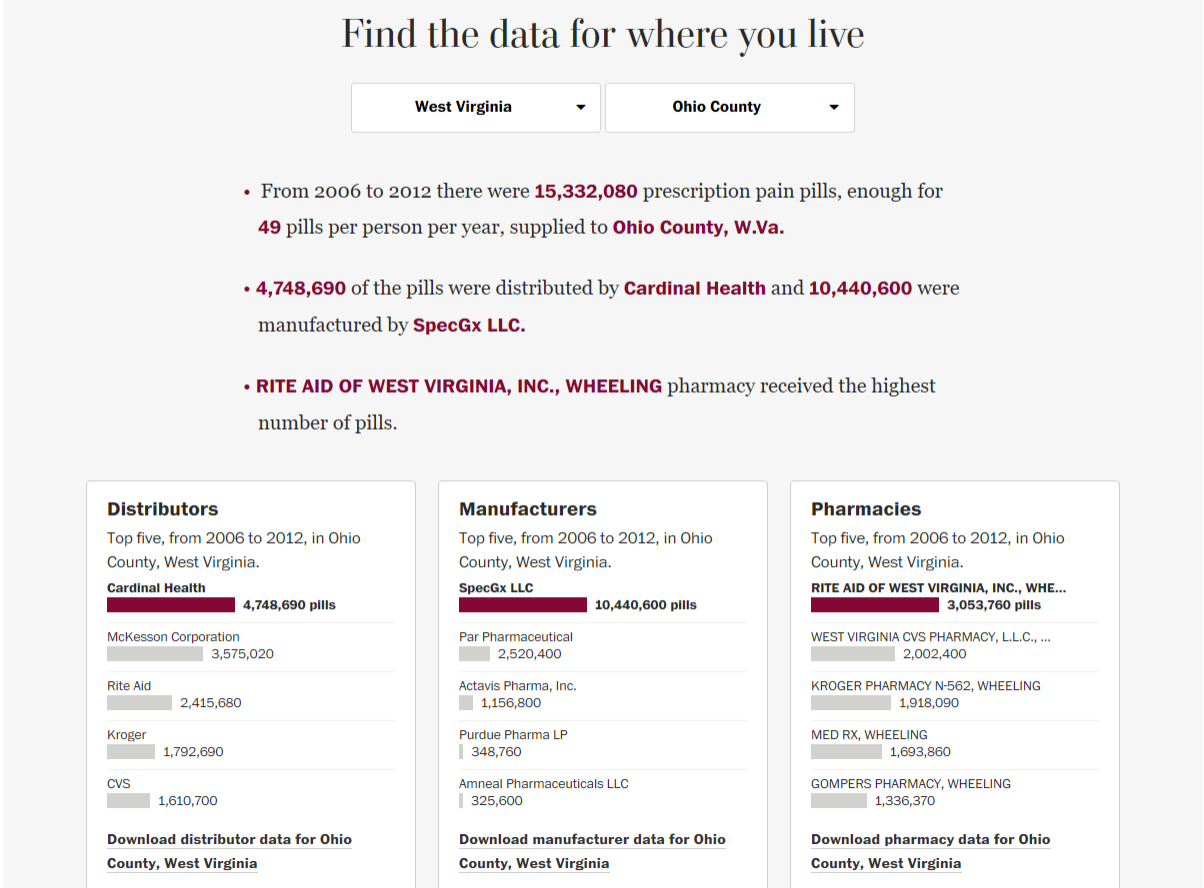 By comparison, here’s Mingo County for the same period: