The Intelligencer and government PR

This morning's lead editorial, "EPA Spends Big to Improve Image," based upon info from Fox News and the Washington Free Beacon, appears to be blaming the EPA for wasting money. I'm not sure, however.

A couple of reactions:

I'm not sure what the editorial's complaint is. Is it that it was not done in-house? If so, how does that figure compare to the other agencies? (The editorial doesn't say and I couldn't find any figures.) 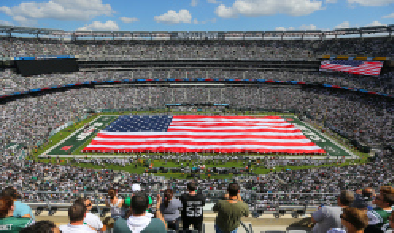 What about "patriotic" sports teams?

In the course of researching government PR efforts I came across an interesting story from last May. If you're a pro football fan, you've probably seen a couple of the salutes to veterans that take place at halftime or during the pregame ceremonies. (With Veteran's Day approaching, we should see a few of these in the next couple of weeks.) The team demonstrating its patriotism, right? Maybe or perhaps the team is being paid by the Defense Department as part of its PR/recruiting efforts. According to NJ.com earlier this year:

At the same time Congress and the president have imposed caps on military spending, the Department of Defense has paid at least $6 million in taxpayer money to 16 NFL teams across the country, including$377,500 to the Jets, with the bulk spent by the National Guard.

U.S. Sen. Jeff Flake (R-Ariz) last week called out the New Jersey Army National Guard for the spending, which, in part, paid for a segment at Jets home games in which soldiers were featured on the big screen, thanked for their service and given tickets to the game.

Flake said most in the general public believe the segments were heartfelt salutes by their hometown football team, not an advertising campaign paid for with their money. The Guard defended the arrangement as an effective recruitment tool for the force, and the Jets pointed out numerous other ways in which they support the military.

Those pro teams sure are patriotic -- especially when the government is paying for it. The article includes a list of pro football teams and the games that they were paid for. (The Steelers make the list for two exhibition games.) Senator Flake, in another Washington Post article, hints that a few pro baseball teams have also taken the government's money although I could not find which ones.

Hmmm. If my memory is correct, I don't ever remember the Intelligencer criticizing this type of government PR.