Is this what the president means by "fake news"?

A number of news sources are now covering this. The Guardian headlined their story with this:

Here's the original and the fake photo: 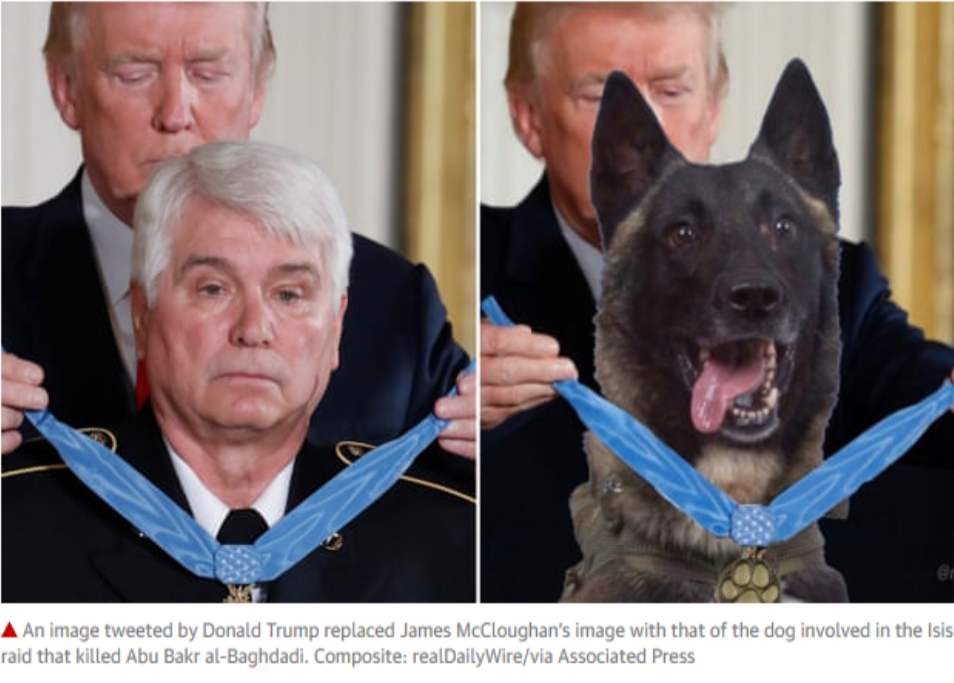 Donald Trump has tweeted a fake image of himself awarding a medal of honor to the military dog involved in the raid that killed Isis leader Abu Bakr al-Baghdadi.

The image, apparently produced by the Daily Wire, a conservative site, is an altered version of an actual photograph of Trump awarding the medal of honor in 2017 to James McCloughan, a retired army medic who was honored for saving the lives of 10 people during the Vietnam war, the New York Times reported.