Shorter (EPA head) Andrew Wheeler: If only the media lied to the American public like we do, the public wouldn’t be concerned about climate change.

What else would you expect from a former Murray Energy lobbyist and Trump appointee? 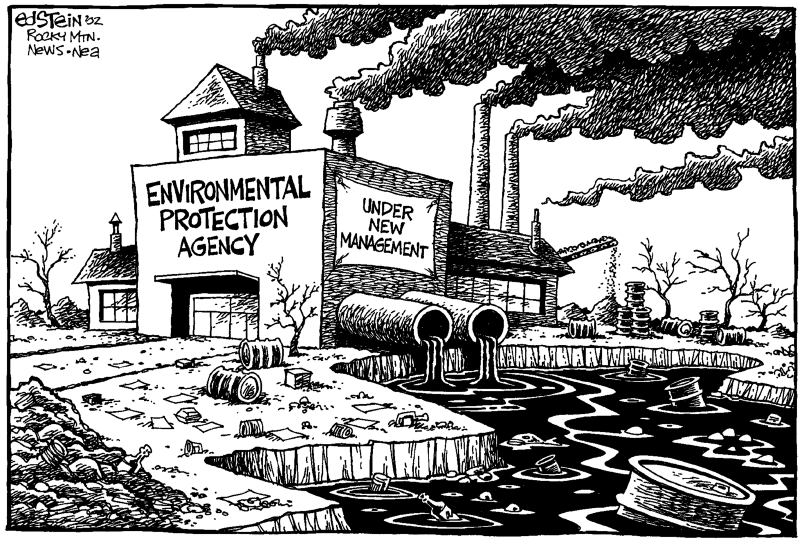 On Monday, The Hill reported that EPA chief, Andrew Wheeler, spoke to the National Press Club:

“Every year since 2001 Gallup has conducted polling on the same question: Do you think the quality of the environment in the country as a whole is getting better or getting worse? Every year since 2001 more people have said, ‘Getting worse than getting better'” Wheeler said. “We need to fix this perception and we need the help of the press. The public needs to know how far we’ve come as a nation protecting the environment.”

He spoke of the agency’s success, since its establishment nearly half a century ago, in lowering particulate matter in the air and reducing CO2 emissions, listing accomplishments achieved under multiple government administrations. The comments came as he defended his own recent decisions, made under President Trump, to lower emissions standards for cars, roll back standards on mercury air pollution, and suggest a standard for perchlorate, a chemical found in rocket fuel, that is 10-50 times higher than scientists suggest.

Speaking on Wednesday to the EPA’s Science Advisory Board, the former Murray Energy lobbyist apparently did not like this tweet from Yahoo News journalist Alexander Nazaryan which was widely distributed on Monday after his previous speech:

“The media does a disservice to the American public" by reporting on global warming, says EPA head Andrew Wheeler. Wants more positive coverage.https://t.co/YYVs4vqTwi

According to Think Progress Wheeler responded:

The head of the Environmental Protection Agency (EPA), Andrew Wheeler, chose to go “off script” Wednesday morning when he warned the agency’s Science Advisory Board (SAB) against trusting the media.

“I caution you to be careful what you read in the media,” Wheeler said, concluding his remarks to the public meeting — the first time the SAB has meet in a year.

This isn’t the first time that the Trump administration’s EPA has “fact-checked” the media or been antagonistic toward reporters. Last year, reporters from major news outlets, including the Associated Press and CNN, were banned from attending a summit on harmful chemicals; one journalist was even forcibly removed by security.