Russians used coal as a wedge issue: A closer look at the Mueller report

Hey, but Senator Capito told us that “it’s time to move on”

About a third of Mueller’s long-awaited report, released on Thursday, has been redacted. But enough is left to determine that Russia tried to exploit America’s mixed feelings about coal in order to tip the election in Trump’s favor.

In the lead up to the 2016 presidential election, a Saint Petersburg-based group called the Internet Research Agency employed hundreds of people to post divisive messages and pro-Kremlin propaganda using American aliases on Facebook, Twitter, and Instagram.

Coal was one of many issues used by the Russian trolls to drive a wedge between American voters, the report says. The group was indicted by Mueller in 2018 for conspiring to influence the election. And a report by the House Science, Space, and Technology Committee found that the trolls also posted about pipelines, fossil fuels, fracking, and climate change between 2015 and 2017.

But the Russians didn’t stick to social media alone. The Internet Research Agency also organized a number of 2016 pro-Trump events in Pittsburgh and Philadelphia, the report says. One of the rallies featured a “miners for Trump” poster: “How many PA workers lost their jobs due to Obama’s disruptive policies? Help Mr. Trump fix it.”

From page 31 of the Mueller report: 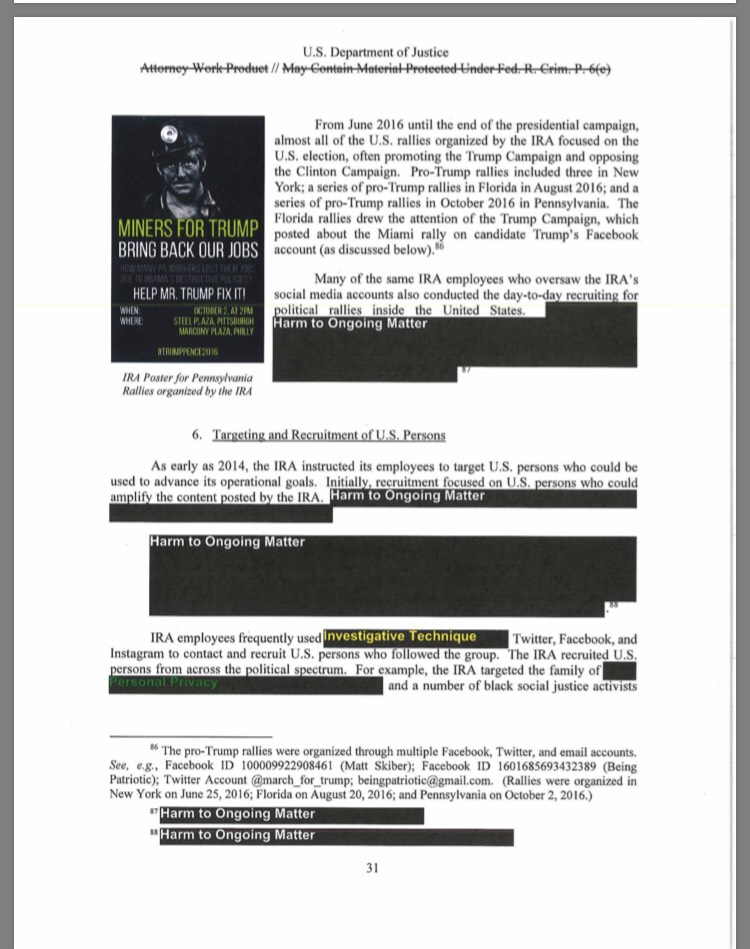