Forget "the true conditions of affairs," we have Republicans to elect

A look at the well-financed, Republican-sponsored PR campaign to rewrite the history of the West Virginia teacher strike 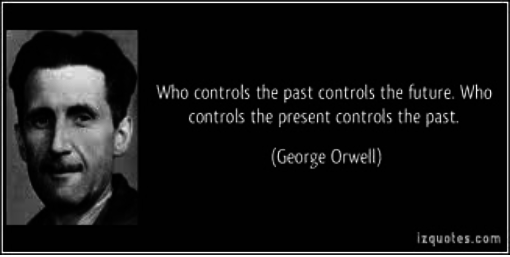 There has been some excellent investigative journalism done in West Virginia that examines the who, what, and why of the effort to rewrite the history of the statewide teacher strike this past spring. Obviously, it was not done by the state's largest newspaper chain, Ogden Newspapers, for whom the word "investigative" is foreign. No, it was done by Dave Mistich at West Virginia Public Broadcasting and reporters like Jake Zuckerman and Ryan Quinn at the Charleston Gazette-Mail who have filled in the details of how the West Virginia Republican Party has hired an international public relations firm to change the negative attitudes held by West Virginia voters toward Republican legislators as a result of the teacher strike. Since Wheeling-area residents have probably not read or heard anything about this and with the election just two days away, I'm going to try to summarize the basics. I would urge readers to check the links for more detailed information.

The statewide West Virginia teacher strike last spring was a long and bitter one. The Republican legislature and Republican governor initially said there was little money for a raise. The governor and some Republican legislators, most notably Senator Ryan Ferns locally, appeared to go out their way to antagonize the educators. Eventually, money for a 5% raise was found and given to all state workers but not before the impression was left with educators, state workers, and some citizens that the Republican Party had done everything it could to resist the raise.

The need for Republicans to do something

The teachers won the public's sympathy and they also vowed to "remember in November." That this was not just an idle threat was demonstrated in May when one of the outspoken, anti-teacher incumbent Republicans lost badly in his primary to a challenger who was supported by the teachers.

So what did the Republicans do?

A Republican political action committee (PAC) hired an international public relations firm to, as Dave Mistich of WV Public Broadcasting explained, "aid in messaging about this year’s teacher strike and the economy" by "crafting a proper narrative." (In other words, rewrite the history of the teacher strike.)

Who did they hire?

The international PR firm's name is Mercury and it has been in the news because of its interesting connections to the Ukraine:

Mercury has come under scrutiny during the past year for possible connections to President Donald Trump’s former campaign manager Paul Manafort.

(Mistich notes that Mercury could have problems with the Mueller probe.)

How did the Republican PAC raise money to pay the PR firm?

Jake Zuckerman of the Charleston Gazette-Mail examined the PAC's early-October filing and found that they had raised (as of October 1) $347,500. Most of that came from the coal industry:

At least $266,000 of the roughly $347,500 raised by the PAC as of its last filing — about 77 percent — comes from individuals and companies in the mining and chemical sectors.

Murray Energy Corp.’s $72,000 donation was one of many that companies and individuals within the coal and chemical industries made to the West Virginia’s Future PAC.

Part of the effort was to support specific candidates. Which candidates have received money?

Zuckerman wrote this in early October:

That was in early October. For local candidates, the most recent filing by the PAC that I could find listed $4,000 in expenditures on October 31 in support of Ryan Ferns and another $4,000 spent in opposition to William Ihlenfeld, Ferns' opponent.

Have these public relations efforts been noticed by public media?

Senate President Mitch Carmichael has been leading the charge with statements and op-ed columns. Despite his efforts to change the public's perception of the teacher strike, Carmichael still gets criticism in non-Ogden newspapers. For example, the Beckley Register-Herald recently published a nice timeline of Carmichael statements:

This is what Carmichael said in late January: “We want to give more pay raises and we love our teachers and we respect their work but we can’t do more than we can do. It would be irresponsible to bow to political pressure.”

After the bid had been raised in late February to 5 percent for teachers and 3 percent for all other public employees, Carmichael claimed, “It would be completely frivolous and ridiculous to embrace this proposal this far down the session.”

And then on Oct. 3, with an election fast approaching and the nine-day teachers’ strike in the rearview mirror, Carmichael tweeted his “unwavering commitment to supporting the thousands of devoted educators across our state.”

Last week, the Gazette-Mail's Phil Kabler also called out Carmichael and the Republicans is his weekly column:

But Carmichael does have outlets for his efforts. Last month, for example, Carmichael wrote an op-ed column on the efforts to stabilize PEIA, the health insurer used by state workers. (The op-ed also devoted considerable space to telling us what a great job that Republicans have done for the state, the teachers and public employees.) Here are the four papers in West Virginia that Google lists as carrying the op-ed: the Wheeling Intelligencer, the Martinsburg Journal, the Weirton Daily Times and The Inter-Mountain.

Yes, they are all Ogden papers. And, of course, local Ogden readers have read nothing about the Republican PAC or it's public relations efforts. On the other hand, Editor Mike Myer has used his past two Saturday columns to further the cause with "Deficit Spending in W.Va." and "Remember Past 5 Years, Too," both of which explain why the Republicans have always been the good guys -- they were just being financially prudent. Yesterday's column, for instance, ends with the question "who came up with the raises?" Myer, true to the script, answers:

Republicans did — responsibly. That, as they say, is the bottom line.

Today, to probably no one's surprise, the Wheeling News-Register endorsed Ryan Ferns for state senate. (You can also read an op-ed on page B3 by a writer for the Koch-financed Cardinal Institute for West Virginia. The column explains what a great deal state PEIA insurance is. Yes, please talk to anyone covered by it for further confirmation.)

Tuesday should be interesting beyond the senate race between Patrick Morrisey and his opponent, Joe Manchin. Among the most interesting questions to be answered is: Will the efforts by the "remember in November" teachers win out or will the Republican-backed history rewrite carry the day so that candidates like Ryan Ferns are reelected?

Note -- the quote in my title (which is on my "bio" page) is from a report by the West Virginia Tax Commission Report on State Development in 1884:

"Whatever information or argument will cajole the people into advancing the money making schemes of individuals is published in papers, proclaimed on the hustings and advocated by men employed to manufacture public opinion. On the other hand every fact calculated to acquaint the people with the true condition of affairs is frequently carefully suppressed by influential jounals and by those who are recognized as successful politicians."