An important Ogden guideline for political cartoonists: you can offend the Prophet but don't offend the profit 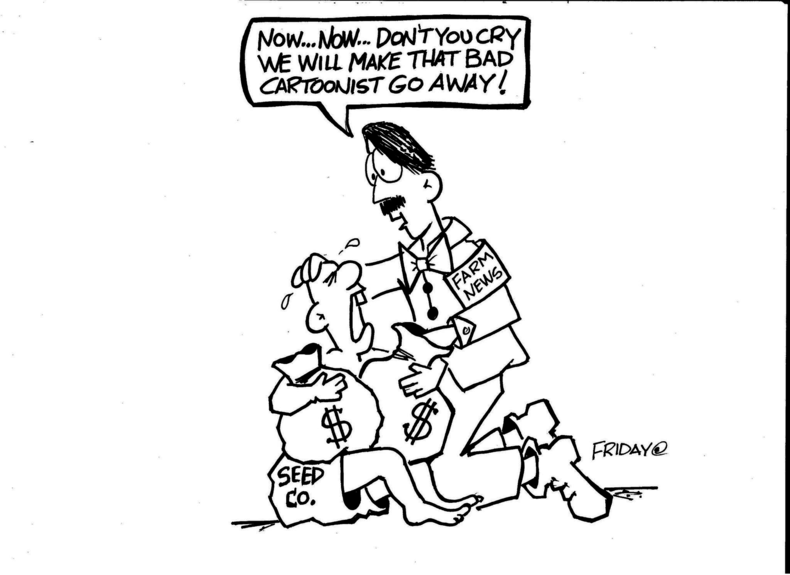 In the aftermath of the attack last year on the offices of Charlie Hebdo for printing a political cartoon satirizing the Prophet Muhammad, one of our local Ogden "newspapers" followed up on it with a column by Mike Myer. As I noted at the time, the Myer column discussed the attack and then focused on the question of why some news sources publish political cartoons that offend Christians and Jews but are afraid to offend Muslims. (Note - as usual, Myer had no examples to prove his point.) In the column, Myer argued:

Both the past and the immediate aftermath of the slaughter raise a question for all of us: In proclaiming "Je suis Charlie" - I am Charlie - many of us, especially in the news media, are proclaiming support for a free press and unfettered exchange of ideas, no matter how offensive they are to some people.

This all came back to me earlier today as the following story from the Columbia Journalism Review was passed along to me (note - for those unfamiliar with CJR, it's a journal with a long history of excellent media criticism):

Last week, Farm News published a drawing by freelancer Rick Friday, whose “It’s Friday!” cartoon has appeared in the paper for 21 years. In the sketch, a farmer leaning on a fencepost says he wishes there were more money in farming. “There is,” his pal responds. “In year 2015 the CEOs of Monsanto, DuPont Pioneer and John Deere combined made more money than 2129 Iowa farmers.”

The next day, Friday received an email from an editor, who said the sketch had caused a “shitstorm here that I do not understand. In the eyes of some, Big Ag cannot be criticized or poked fun at.” Farm News serves 24,000 readers in 33 counties. A client affiliated with one of the companies mentioned in Friday’s cartoon had pulled its advertising from the paper. Farm News cut ties with Friday just as quickly.

Friday was fired for this cartoon: 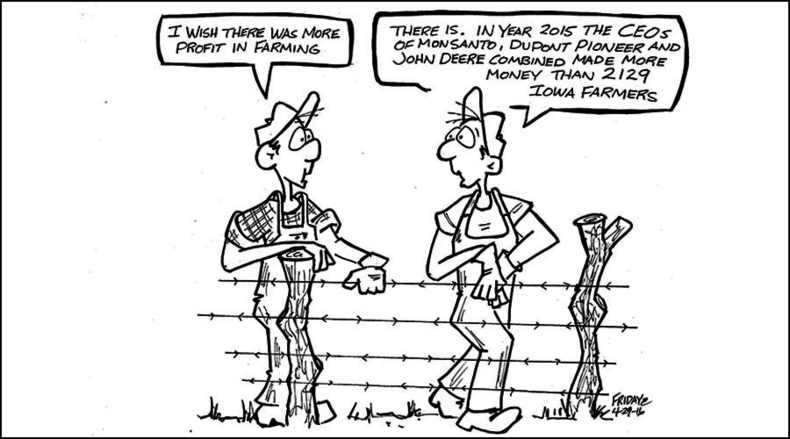 I guess that like some religious leaders, big agriculture "cannot be criticized or poked fun at."

And guess who owns Farm News? Of course, it's Ogden Newspapers. The firing of the cartoonist has since been picked up by national media sources including the New York Times and lots of social media. (You can also find out more about this on Friday's Facebook page.)

All of this recalls a quote from A. J. Liebling (1904-1963), one of America's most influential press critics: "freedom of the press is guaranteed only to those who own one."