Odds and ends from around the Web

An analysis of drinking water sampled from three homes in Bradford County, Pa., revealed traces of a compound commonly found in Marcellus Shale drilling fluids, according to a study published on Monday.

The paper, published in the Proceedings of the National Academy of Sciences, addresses a longstanding question about potential risks to underground drinking water from the drilling technique known as hydraulic fracturing, or fracking. The authors suggested a chain of events by which the drilling chemical ended up in a homeowner’s water supply.

And those who fight putting limits on carbon emissions love to point to China and tell the rest of us that what the United States does won't matter because China doesn't care about emissions. If you look beyond Wheeling's "newspapers" and Fox News, however, you get a different view of what China is doing. For example, here's a report from today's Reuters.

China will expand its bans on coal burning to include suburban areas as well as city centers in efforts to tackle air pollution, the top energy agency said on Tuesday.

The world's biggest coal consumer will ban sale and burning of high-ash and high-sulphur coal in the worst affected regions including city clusters surrounding Beijing.

Finally, I guess it's a start. Grist is reporting that Charles Koch is now admitting that climate change is happening although he doesn't think it's a problem.

Other news that may not be all that important

Two questions for you:

Where do you think WV ranks among the fifty states in the prevalence of drinkers and binge drinking, or as an article in The Week which summarizes a study in Global Health Data Exchange documents, the drunkenness of the state. I doubted that we were near the top as the West Virginia stereotype might suggest but I didn't think we'd be at the bottom surprisingly ranked 49th. Who's 50th? That one is fairly easy if you think about it -- Utah. (You can speculate on what WV and Utah have in common.) By the way, if you link to the Data Exchange site, you'll find an interactive map that breaks each state down county by county. Final question -- which WV county has the highest prevalence of drinking? Ohio County -- I'll drink to that!

An Emily Littela moment from England: 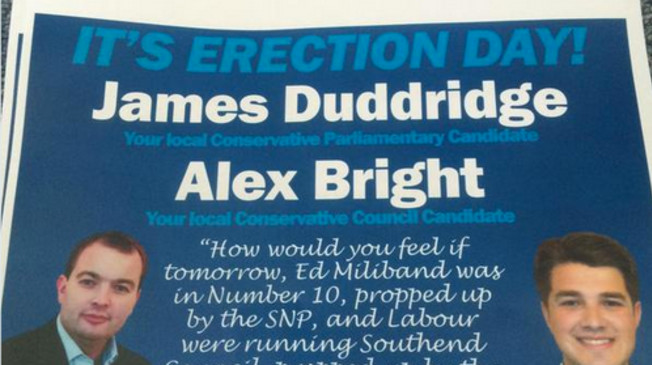 I'll let you insert your own pun here.

Note -- you may be showing your age if you know who Emily Littela was. (Hat tip to talking points memo for the image.)