News from around the Web

The librarians of Citrus County, Fla., had what seemed like a modest wish: A digital subscription to the New York Times. For about $2,700 annually, they reasoned, they could offer their roughly 70,000 patrons an easy way to research and catch up on the news.

But when their request came before the Citrus County commission last month, local officials literally laughed out loud. One commissioner, Scott Carnahan, declared the paper to be “fake news.”

“I agree with President Trump,” he said. “I will not be voting for this. I don’t want the New York Times in this county.”

In a move that is generating intense online backlash, all five members of the commission agreed to reject the library’s request.

(Hey, if they want “fair and balanced,” there are a couple of Ogden newspapers in Florida.)

One of the more enlightened commissioner’s did acknowledge that the New York Times does have a good crossword puzzle.

Additionally, the Post reports that October was declared “Friends of the Library Month” by the commission. 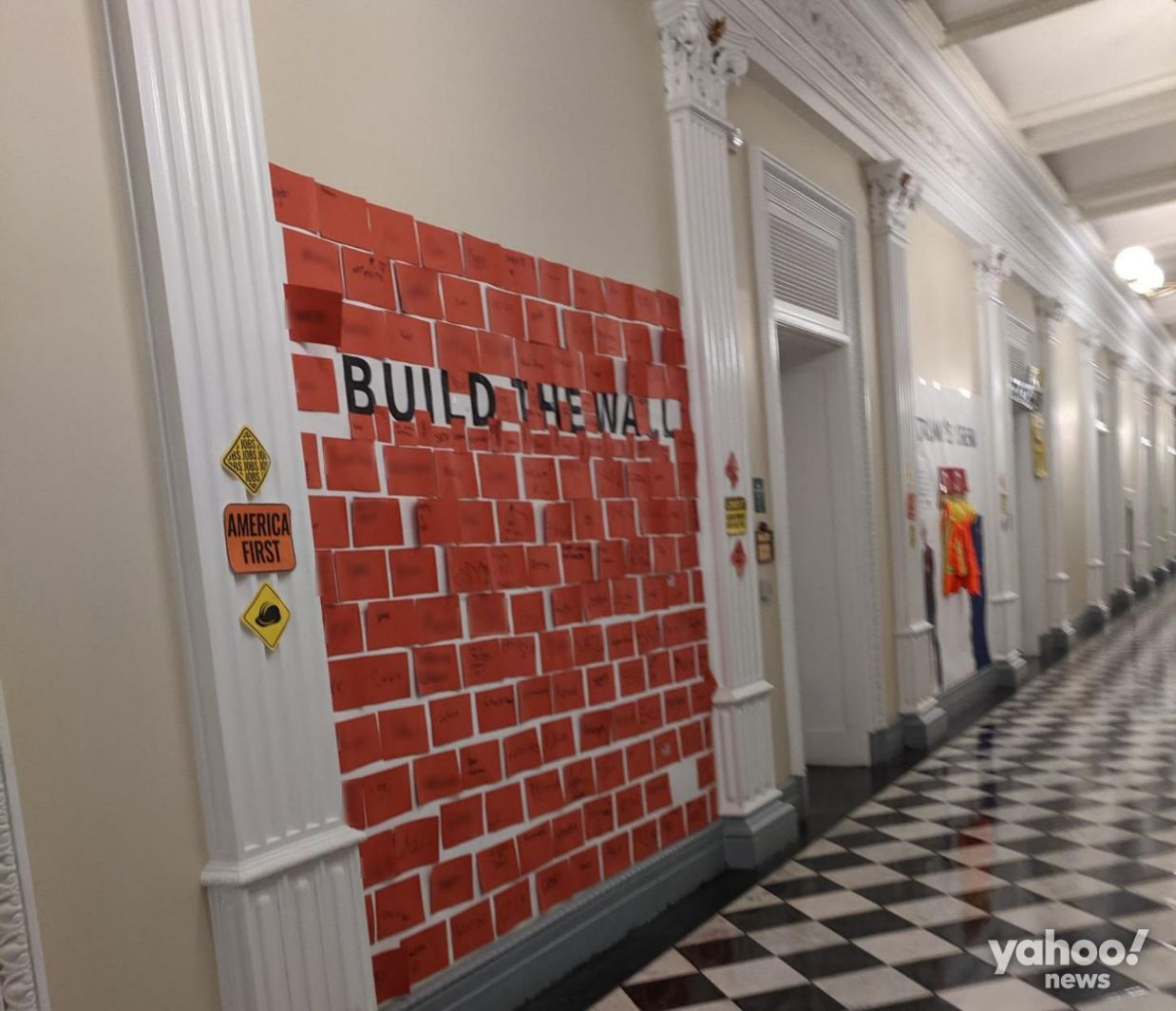 A Halloween party on Oct. 25 at the Eisenhower Executive Office Building featured candy, paper airplanes and — concerning for some attendees — a station where children were encouraged to help “Build the Wall” with their own personalized bricks.

Photos of the children’s mural with the paper wall were provided to Yahoo News.

The party, which took place inside the office building used by White House staff, included the families of executive-branch employees and VIP guests inside and outside government. Even though many of the attendees were members of President Trump’s administration, not everyone thought the Halloween game was a treat.

GREENVILLE, Ky. — Parents and students trickled into the Muhlenberg County High School gym on a hot Saturday night as the sounds of cheers and a referee’s whistle carried from an athletic field nearby. Inside the “Home of the Mustangs,” Friends of NRA was raffling off guns: semiautomatic rifles and handguns, guns with high-capacity magazines and pump-action shotguns.

In the past two years, the NRA Foundation’s fundraising program had displayed actual guns along the wooden bleachers in the gym. This time organizers showed only pictures, bowing to objections from parents who pointed to a shooting at another western Kentucky high school last year that left two students dead and more than a dozen wounded.

Best comment (as of 3:30 PM) on the release of today's impeachment documents

Reporter Aaron Rupert on Twitter: "every time a new transcript drops a goalpost gets its wings."