Back on July 22 the Intelligencer,with not much subtlety, began its campaign to get Ohio's Republican governor, John Kasich, elected president. With a front-page AP story missing most of the original's negative paragraphs, the Intelligencer covered his official entry into the Republican sweepstakes. On the editorial page, we then learned what makes him such a great candidate.

Today's editorial page gives us not one but two pro-Kasich editorials. The long (by Intelligencer standards) editorial appears to be about finding ways to "Curb Deadly Use of Force" by some law enforcement. I was surprised to find that a major part of the editorial reasonably addresses this question and even uses some developed arguments. And maybe because the editorial advocated some liberal ideas, it was also devoid of their usual attacks on progressives who argue that police powers need to brought back into balance. (One exception - the editorial misuses the word "profiling" when attaching it to testing police.)

That said, the editorial singles out Kasich for special praise. Does he deserve it? To be honest, I don't know. Once again, the Intelligencer ignored the original source as news but then uses the source in an editorial. Here is what the editorial says:

An Associated Press survey, release of which coincides with the one-year anniversary of the Michael Brown death in Ferguson, shows 24 states are involved in initiatives to ensure law enforcement officers use deadly force only when absolutely necessary. AP writers pointed out that while most states are relying on legislative measures, Ohio Gov. John Kasich initially acted on his own.

After a great deal of searching, I could not find an "AP survey." What I did find was this: 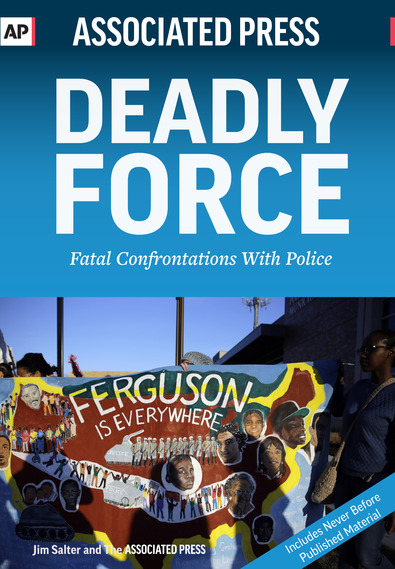 It's a book released two weeks ago by the Associated Press. Despite more research, I could not find out what it had to say about Kasich (without buying it). What happened here? The AP calls it a book and yet the editorial wrongly calls it a survey. Did the editorial writer read the book or is this editorial just a rewrite of a PR release from the Kasich camp? Again, I don't know.

Just when I was beginning to wonder if the Intelligencer was raising its standards for its editorials, I read the second editorial, "Kasich Foreign Policy Has Appeal":

Part of Ohio Gov. John Kasich's campaign for president has involved outlining his foreign policy philosophy. It has been compared to that of former President Ronald Reagan - not always flatteringly, one suspects. Many on the left still view Reagan as a "cowboy" on the international stage.

But while there were a few missteps abroad during Reagan's presidency, it bears remembering that there were many successes. The old Soviet Union collapsed in some measure because of Reagan.

And if we are going to use labels, that of "Keystone cop" would fit current President Barack Obama. Kasich's ideas seem far preferable to Obama's bumbling and his "blame America first" attitude.

That's all of it. Let's see: undeveloped arguments, straw men, cheap shots, and no evidence -- there's the editorial content I've come to know and love!