Hey, West Virginia: what happened to all those coal jobs that Trump promised?

A number of news sources have recently examined Trump's 2016 promise to bring back coal jobs. For example, from Bloomberg:

Analysis: Trump made a promise to save coal in 2016. He couldn’t keep it

‘My friends were lied to’: Will coal miners stand by Trump as jobs disappear?

From The Columbus Dispatch:

Trump promised to bring back coal to Appalachia. He didn't.

Regardless of the facts, Trump continues to brag that he has brought back coal mining jobs. For instance, eleven days ago, in Johnstown, Pennsylvania, President Trump claimed that he was “putting our great coal miners back to work.” Fact-checker Politifact investigated the accuracy of that statement. Here’s their decision: 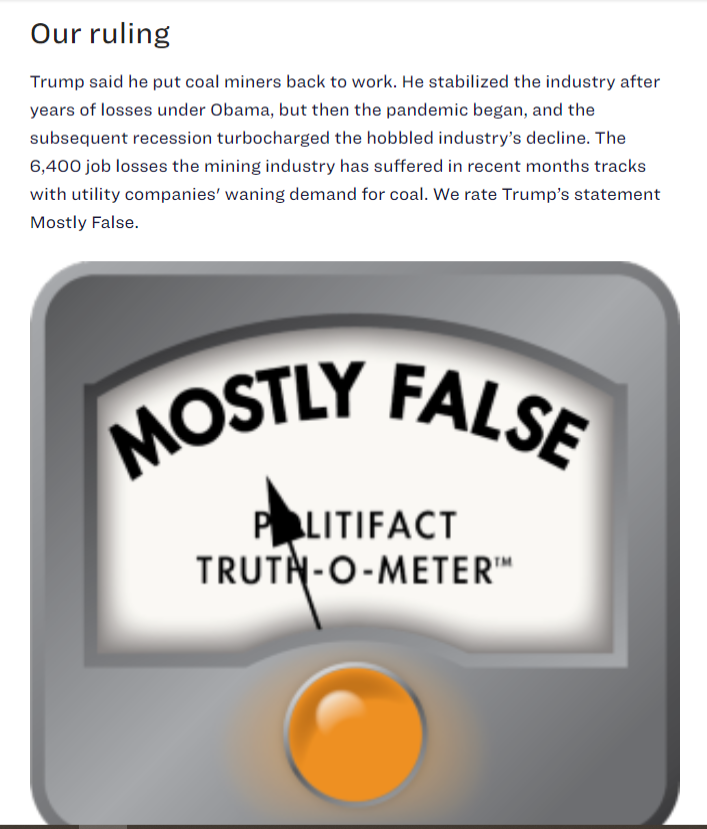 No, coal is not coming back. But not to worry, West Virginia has already sold out to another fossil fuel with a questionable future (natural gas). In 2018, Ken Ward Jr. wrote this excellent analysis:

The Coal Industry Extracted a Steep Price From West Virginia. Now Natural Gas Is Leading the State Down the Same Path.

But then history constantly repeats itself in West Virginia, a state whose abundance of natural resources (from lumber to natural gas) have made outsiders rich while the state’s citizens remain among the poorest in the nation. Once they are done, however, we do get to clean-up their mess.