Hey, Intelligencer -- you left out the third paragraph of this morning's AP report on the Trump/Democrat meeting to end the government shutdown

The front page of this morning's Wheeling Intelligencer carried part of an Associated Press report on yesterday's meeting between President Trump and Democratic leaders to end the government shutdown. Unfortunately for local readers, the Intelligencer skipped the AP's third paragraph. (The missing paragraph is in bold.)

. . . . The partial shutdown continued with no end in sight.

Hundreds of thousands of federal workers will miss paychecks on Friday; a little more than half of them are still working without pay. Other key federal services are suspended, including some food inspections. And as some lawmakers expressed discomfort with the growing toll of the standoff, it was clear Wednesday that the wall was at the center.

Trump revived his threat to attempt to override Congress by declaring a national emergency to unleash Defense Department funding for the wall. . . .

I googled it as the Intelligencer printed it and found this (notice the use of an ellipsis to indicate that that there was material between the two phrases): 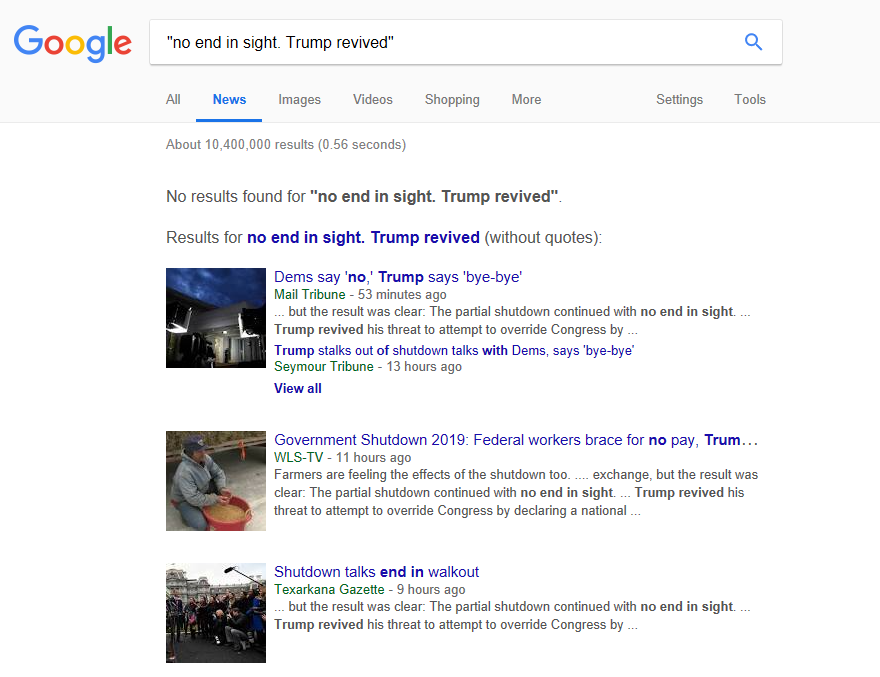