Articles of interest from around the Web

Quiz question: Which West Virginia member of Congress has received the most money from the National Rifle Association?

Have your representatives in Congress received donations from the NRA?

and answered it with an interactive map which lists the NRA's contributions on a state-by-state basis. Here's the screenshot of West Virginia: 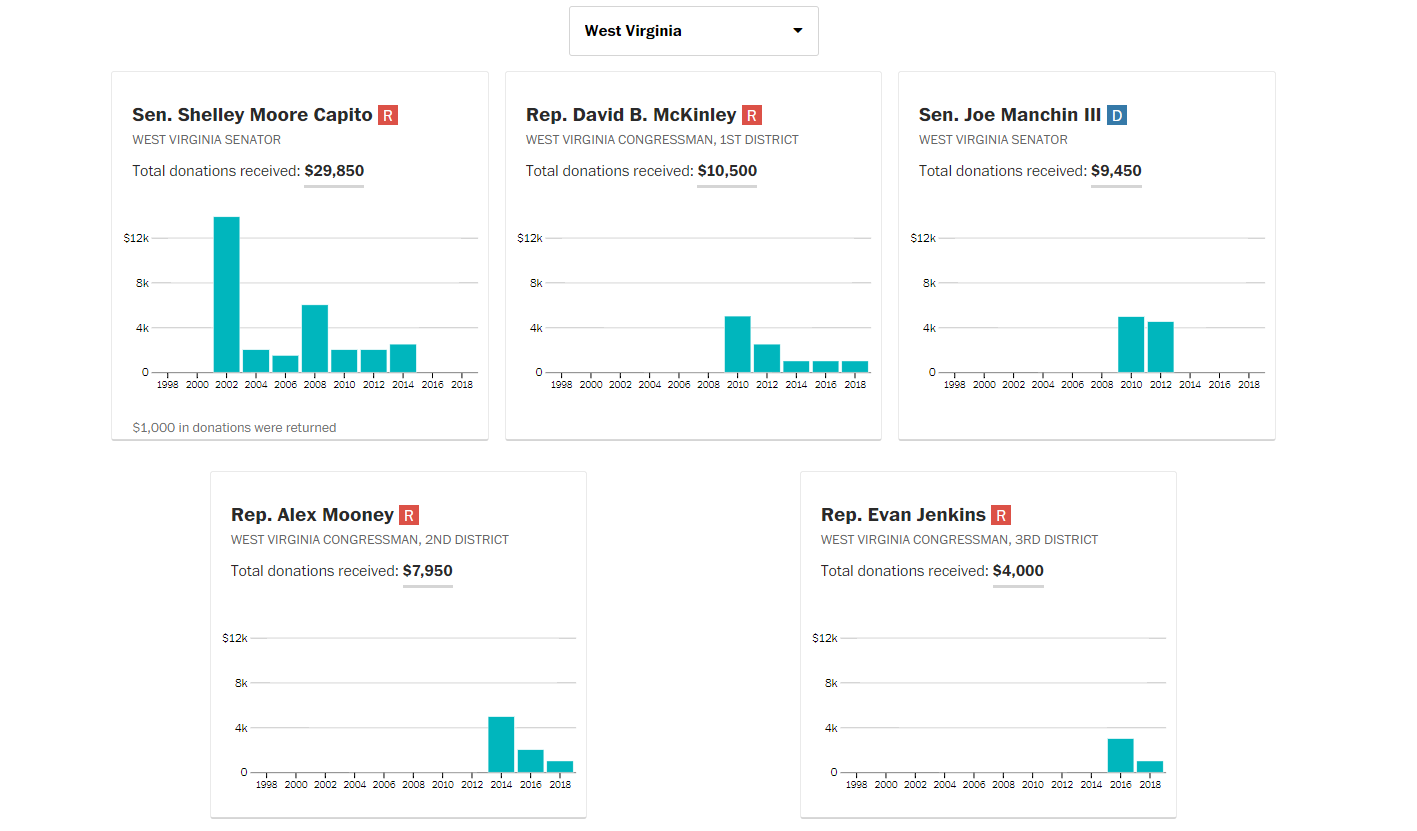 In the Senate, the top two Democrats are Joe Manchin of West Virginia and Patrick Leahy of Vermont, who rank 52nd and 53rd — behind every Republican but Dan Sullivan of Alaska.

50 States of Blue is out with an interesting article on Charleston mayor Danny Jones who is retiring after a long career in politics:

‘The NRA will always stay’: WV mayor speaks out on the realities of gun control in a deep red state

Jones, who left the Republican Party in 2016 with Trump's nomination, is not optimistic about the chances for gun legislation. The article cites some of what Jones told CNN on Monday:

“There is going to be very little progress towards gun laws in this country,” Jones said. “This emotion of this event, I believe will go away. … But the NRA will always stay.”
He added that even lawmakers who are willing to bring about change face long odds and fierce backlash.

“Especially in my state, if you take on the Second Amendment folks, you are going to walk a long lonely road,” Jones continued. “I’ve been down that road. That is not an easy road to walk.”

House Bill 4187, fresh out of committee, gets its first reading on the floor today. From MetroNews:

A bill that would allow employees to have guns in their vehicles when they park in their business parking lot is up for passage in the state House of Delegates. . . .

The bill was met with opposition during a public hearing Wednesday morning at the state Capitol.

Sydney Smith with the West Virginia Coalition Against Domestic Violence said this is bad timing because the mass shooting in Florida is still fresh on many minds.

“While our nation is grieving over the senseless loss of 17 children who didn’t make it home from school last week, we are talking about protecting the rights of employees to bring their guns to work and lock them in their vehicles,” she said. . . .

But Delegate Geoff Foster (R-Putnam) said this is a good bill for supporters of the Second Amendment.