More on the DeVos vote

The good news is that West Virginia senator Joe Manchin will indeed vote against Betsy DeVos for Secretary of Education. The bad news appears to be that she will be approved anyway. From CNN:

Despite losing support from Republican Sens. Susan Collins of Maine and Lisa Murkowski of Alaska, she is expected to be confirmed Monday with the help of Vice President Mike Pence, who will be in the chamber to break an expected 50-50 tie.

Who says you can't buy a cabinet position?

From The Center for American Progress via Huffington Post: 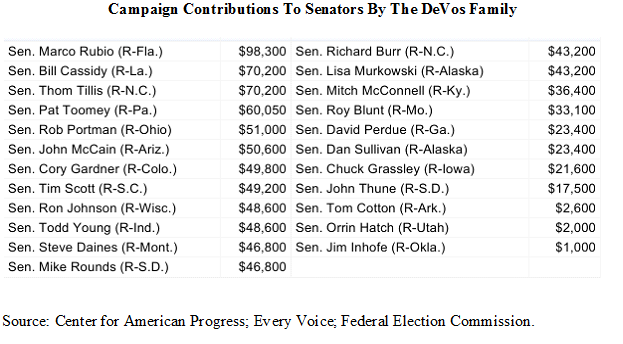 All of the above, with the exception of Murkowski, voted to support DeVos.

Posted in: betsy devossecretary of education