Coronavirus news and views from the Wheeling Intelligencer

On Friday, the Intelligencer wrapped-up a 7,500 word, six-part, front-page series on the pandemic

Unfortunately, it was the 1918 pandemic. Couldn’t this have been summarized in one story with the rest of space devoted to the 2020 pandemic?

The article tells us that the bunny will keep a safe, social distance.

Apparently, it’s a different bunny that visited with our president in 2018: 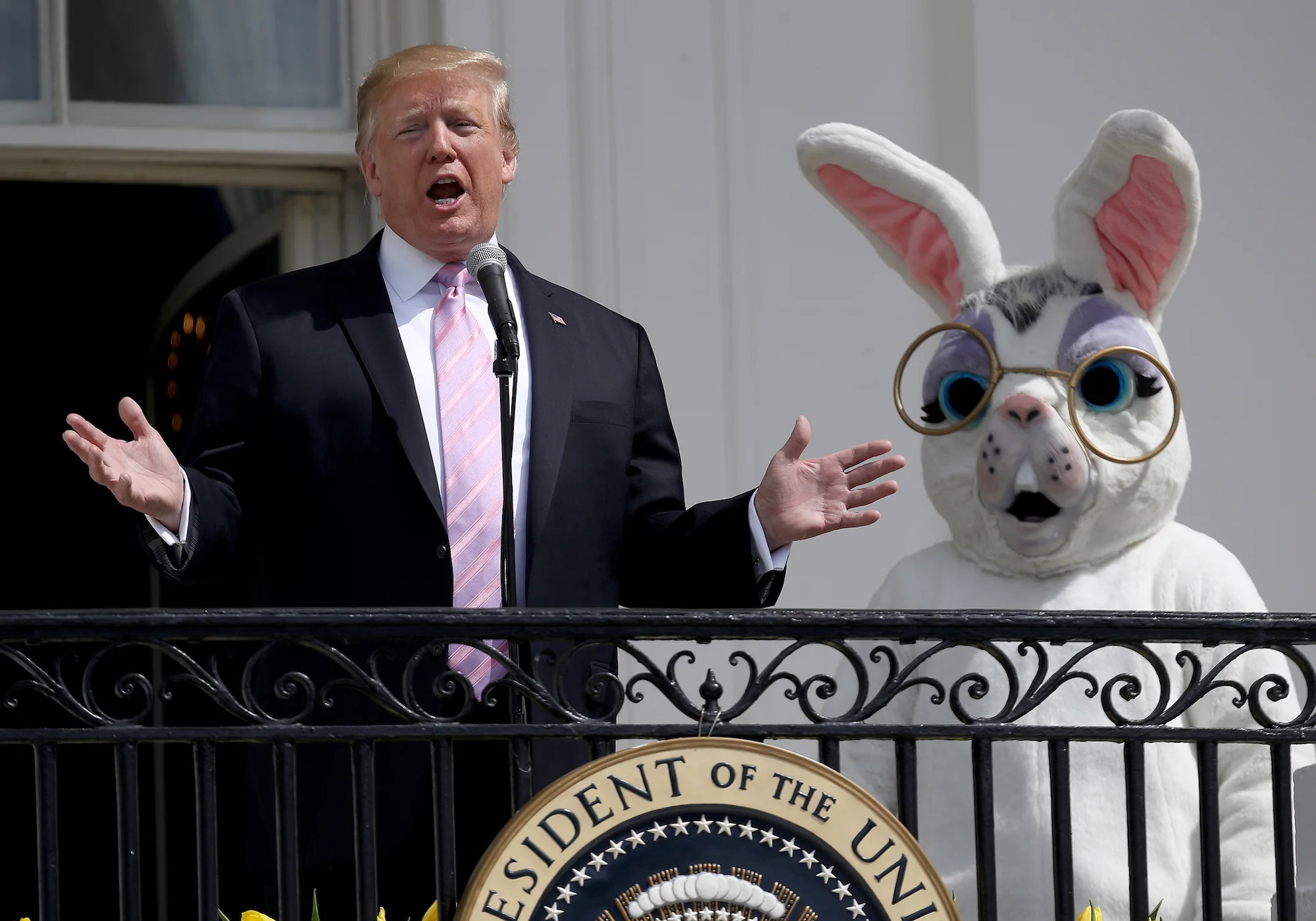 (Note – the Easter Bunny is on the right.)

Is our local editor getting advice from the President? Wheeling Intelligencer editor, Mike Myer, tells us in his Saturday column that “Beating Covid-19 Not Optional.” For “normalcy” to return, we need two things:

First, a vaccine. Estimates of 18 months to produce one just aren’t acceptable. That needs to be accelerated drastically.

Second, we need effective treatments for COVID-19 patients. There are some promising candidates, but nothing is definite. That, too, needs to end quickly.

Dr. Anthony Fauci, the government's top expert on infectious diseases, has cautioned that the virus dictates the timeline and warned that to "gradually" reopen the country widespread testing must be in place, so doctors can better identify, isolate and trace cases.

“We need an unprecedented mobilization where the government can produce these tests in the millions,” New York Gov. Andrew Cuomo (D) said Friday, calling on President Trump to use the Defense Production Act to ramp up production of testing kits and supplies.

“We have 9 million people we want to get back to work. We need more than several thousand tests per week if this is going to happen anytime soon,” he added.

Apparently, Myer has adopted the President’s point-of-view on this. According to ABC News:

Asked about the need for nationwide testing in order to send Americans back to work at Thursday's briefing, the president largely dismissed the question, touting the country's testing of two million people "a milestone anywhere," while saying that testing all 325 million Americans is impractical and "not gonna happen."

"We want to have it and we're going to see if we have it. Do you need it? No. Is it a nice thing to do? Yes," the president said.*

“It’s a very smart virus.” Should we take medical advice from President Trump?

TRUMP: "The germ has gotten so brilliant that the antibiotic can't keep up with it ... there's a whole genius to it ... not only is it hidden, but it's very smart." pic.twitter.com/oXhF2IIBYB

-Antibiotics don't work vs viruses, they work against bacteria
-the virus is not outpacing antibiotics because it's so brilliant
-There is no scenario under which antibiotics would've treated coronavirus
-if antibiotics worked vs coronaviruses, we would use them to treat colds https://t.co/h4eeDIfkbM

*There's apparently an exception to Trump's "no need for testing" point. From conservative columnist Jennifer Rubin:

Trump demands everyone be tested before visiting him but will not demand the same for Americans before "reopening" the country. Conclusion: He doesn't give a darn about your life.