As can be seen by perusing other newspapers, yesterday's top national news story was former Attorney General Sally Yates telling senators that she had warned President Trump about Michael Flynn. Here is a sample from Kiosko.net:

While it made it to the front page of every newspaper on Kiosko, Wheeling's "newspapers" totally ignored the story -- there was no mention of it in either paper.

Late yesterday afternoon, another important story broke when President Trump fired FBI Director James Comey. If you watched any network newscasts or read anything online, this is an even bigger story than the Yates story. Here are some of today's front pages from major newspapers: 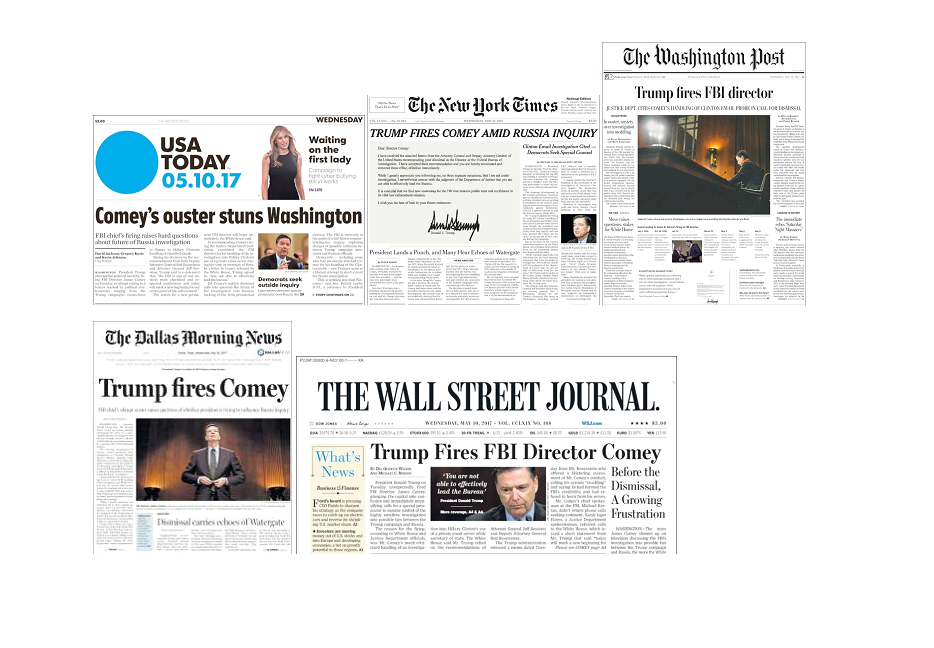 This one did make it into the morning paper -- buried on page 5. It was obviously not as important as this front-page story:

Finally, tonight's News-Register chose to put a very early AP story (dated Tuesday 6:45PM) on the front page with a headline which suggests that the most important point of the story is Democratic hypocrisy:

Democrats Once Blast Comey, Now They're Defending Him

My hunch is that we are only a day or two away from a local editorial that will suggest that Comey's firing was all Obama's or Clinton's fault.