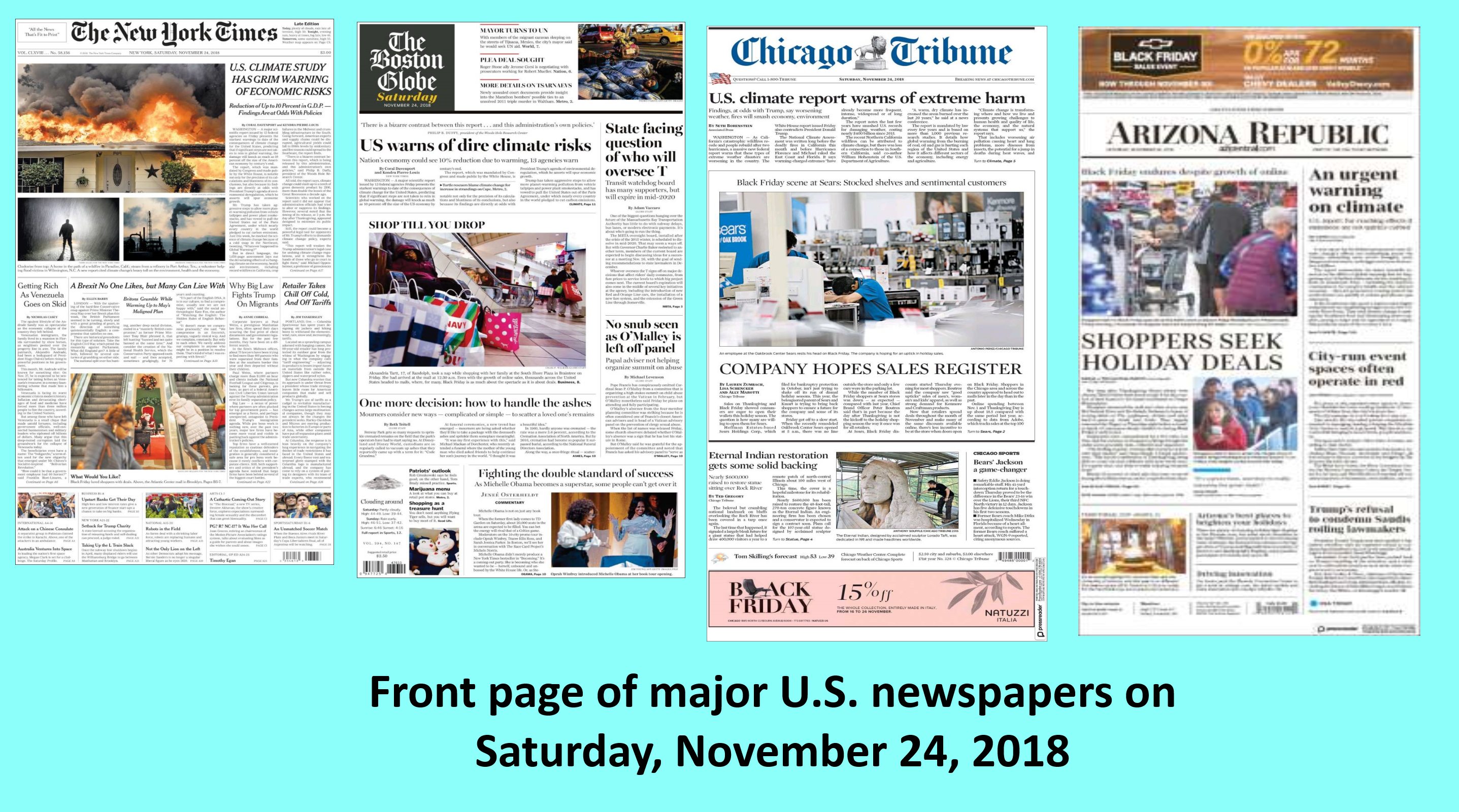 The opening paragraph from the widely-used Associated Press story:

The report is mandated by law every few years and is based on more than 1,000 previous research studies. It details how global warming from the burning of coal, oil and gas is hurting each region of the United States and how it impacts different sectors of the economy, including energy and agriculture.

“Climate change is transforming where and how we live and presents growing challenges to human health and quality of life, the economy, and the natural systems that support us,” the report says.

That includes worsening air pollution causing heart and lung problems, more diseases from insects, the potential for a jump in deaths during heat waves, and nastier allergies.

“Annual losses in some economic sectors are projected to reach hundreds of billions of dollars by the end of the century — more than the current gross domestic product (GDP) of many U.S. states,” the report says. It’ll be especially costly on the nation’s coasts because of rising seas and severe storm surges, which will lower property values. And in some areas, such as parts of Alaska and Louisiana, coastal flooding will likely force people to relocate.

The top of the page headline in today's Wheeling Intelligencer is:

Racing Back Sunday at Mountaineer

There are two Associated Press stories on the front page:

There is no mention of the government study in today's paper.

The Sunday News-Register printed 70% of the AP article on page A5. Dropped from the original AP report were criticisms of Trump and Republicans. For example:

Releasing the report on Black Friday “is a transparent attempt by the Trump Administration to bury this report and continue the campaign of not only denying but suppressing the best of climate science,” said study co-author Andrew Light, an international policy expert at the World Resources Institute.

Trump, administration officials and elected Republicans frequently say they can’t tell how much of climate change is caused by humans and how much is natural.

Citing numerous studies, the report says more than 90 percent of the current warming is caused by humans. Without greenhouse gases, natural forces — such as changes in energy from the sun — would be slightly cooling Earth.

“There are no credible alternative human or natural explanations supported by the observational evidence,” the report says.